On being a Brexit Turkey as Christmas nears

Why does Brexit apply for ever because it's the will of the people of the people the Brexuteers say.Yet the people change their mind in every general election every few years...dont ask me I am just a remoaner... 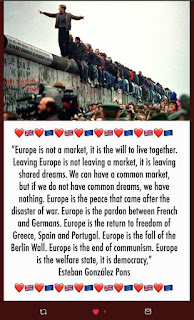 Ah yes the perfect post Brexit paradise...let me predict the responses..erm remoaner fake news yawn...i have never seen so many turkeys..deep in denial
http://www.independent.co.uk/news/uk/politics/uk-living-standards-fall-longest-60-years-records-began-economy-household-incomes-costs-energy-a8071146.html
Milton! thou shouldst be living at this hour:
England hath need of thee: she is a fen
Of stagnant waters: altar, sword, and pen,
Fireside, the heroic wealth of hall and bower,
Have forfeited their ancient English dower
Of inward happiness. We are selfish men;
Oh! raise us up, return to us again;
And give us manners, virtue, freedom, power.
Thy soul was like a Star, and dwelt apart:
Thou hadst a voice whose sound was like the sea:
Pure as the naked heavens, majestic, free,
So didst thou travel on life's common way,
In cheerful godliness; and yet thy heart
The lowliest duties on herself did lay. 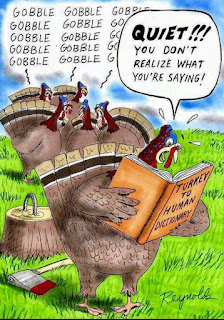 Cornwall and Hull are demanding protection and the granting of special status to protect themselves from the winds of Brexit. Wales is waking up to the impqlaications of the kilpper wind of ignorance that swept through the country that June day in 2016. I remember over and over seeking the answer to the question...would a Tory government match EU funding ? The answer is the same then was the answer is now ..NO..a storm is coming...and i did tell you...
Did you ever really think that the World Trade Organisation was a benevolent God? When you want special status ask what you rejected..? the EU was flawed but not to the extent the WTO the World Bank and what NAFTA and Trump will bring...

You have been fooled once more. As much as my grandfathers generation was fooled in 1914..then it was jingoism and glory now it was the fear of the migrant. And your rulers gave you the knife to plunge into your fellow victims. You were the blood sacrifice in 1914 as your jobs services and futures will be to the TRUMP altar of the billionaires.. patriotism and getting the country back was the new opium of the people.. I tried to tell you I really did ...but hey I am just a remoaner..but who is moaning now?

We lose our role in the world ; we lose agencies our role in the U.N.. The leave campaign is investigated for over spending. The arch hypocrite Nigel Evans MP raves about extra spending on our health service ..while at the same time supporting austerity.we are not an independent Elizabethan state in a silver sea we are a stagnant casino island ruled by the philosophy of corner shop conservatism
Posted by Any Human Heart at 14:46