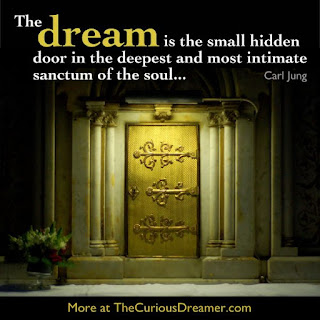 Carl Jung was known for many things: his work with dreams; his early work as a psychiatrist with association experiments leading to the concept of the “complex,” work that brought him to the attention of Sigmund Freud; his interest in archetypes, which became such a feature of his brand of psychology that it often is labeled “archetypal psychology.” What is not so well known is Jung’s very keen intuitive nature, which manifested in his quick assessment of his patients’ conditions and, outside the clinical arena, in both his personal life and his role as a public figure.
Intuition is that function that allows us to see around the corner of the future. Jung experienced this repeatedly in his personal life. In 1896, when he was 21 years old and living in Basel as a medical student, Jung was asked by his mother to pay a social call on an old family friend, Frau Rauschenbach. During this visit Jung had a fleeting glimpse of a young girl and he knew intuitively that he had seen his future wife. This was highly improbable, given that Emma Rauschenbach was then only 14, the daughter of a rich industrial family, and he was an impoverished medical student with many years of education ahead of him. But Jung never wavered and, once he achieved financial independence, he courted her persistently and married her in 1903.
Nineteen years later, in November of 1922, Jung had a dream in which his father (who had died in 1896) came to him with questions about marital psychology. At the time Jung found the dream obscure. But two months later, he had a disturbing dream, which he recounted in his autobiography, Memories, Dream, Reflections:

I was in a dense, gloomy forest; fantastic, gigantic boulders lay about among huge jungle-like trees. It was a heroic, primeval landscape. Suddenly I heard a piercing whistle that seemed to resound through the whole universe. My knees shook. Then there were crashings in the underbrush, and a gigantic wolfhound with a fearful, gaping maw burst forth. At the sight of it, the blood froze in my veins. It tore past me, and I suddenly knew: the Wild Huntsman had commanded it to carry away a human soul. I awoke in deadly terror,…

The following morning Jung got news that his mother had suddenly died, and he then remembered the dream of two months earlier and understood that in that dream his father had sent him a warning.
Another example of Jung’s intuition arose from his habit of painting mandalas. When he did so, Jung operated in what I have referred to as “allow mode.” In this mode, one’s intuition emerges out of the end of the pen or brush, without intermediation by the conscious mind. One mandala Jung painted in 1928 developed a Chinese character and Jung was puzzled at this. Within a few weeks he was approached by a Sinologist, Richard Wilhelm, who asked Jung to write a psychological commentary on The Secret of the Golden Flower, a Taoist-alchemical treatise.
A final example of Jung’s intuition operating in his personal life was his initial meeting in 1933 with Marie-Louise von Franz, who was to become one of his most diligent students, analysands and co-workers. The meeting came about through Jung’s interest in getting to know more about the young people of the day. Von Franz was the only girl in a party of 8 that Jung hosted with lunch and supper and, as he spoke to them of his psychology, he felt certain that von Franz had something to do with alchemy. His intuition prefigured reality a year in the future: In 1934 von Franz became Jung’s analysand and translator for him of Greek and Latin alchemical texts. Many years later, she wrote Alchemy, one of the definitive texts on alchemy and Jungian psychology.
Jung’s intuition was no less impressive about collective situations. In 1913, Jung sensed the “atmosphere” of Europe was “darkening,” and there was “something in the air,” something that felt oppressive in concrete reality, not just in his unconscious. In October of that year, Jung had a prophetic vision which he described in his memoir:

… I was suddenly seized by an overpowering vision: I saw a monstrous flood covering all the northern and low-lying lands between the North Sea and the Alps. When it came up to Switzerland I saw that the mountains grew higher and higher to protect our country. I realized that a frightful catastrophe was in progress. I saw the mighty yellow waves, the floating rubble of civilization, and the drowned bodies of uncounted thousands. Then the whole sea turned to blood. This vision lasted about an hour…. Two weeks passed; then the vision recurred, under the same conditions, even more vividly than before, and the blood was more emphasized. An inner voice spoke. “Look at it well; it is wholly real and it will be so. You cannot doubt it.”
When Jung was asked later in the year what he thought were the prospects for Europe’s future, he replied that he “had no thoughts on the matter,” but added that he had seen rivers of blood. In the Spring of 1914 he had three dreams in which Europe was covered with ice and all the vegetation was killed by frost. World War I broke out 2 months after the last of the three dreams.
During the 1920’s, while most people gave “the Roaring Twenties” its name with their partying and blithe lifestyles, Jung grew more and more aware that the “carefree optimism” was a “groundless illusion.” He began to warn his students to avoid living in fantasy: he intuitively sensed the tension building and, while he did not then know just where it would manifest, Jung was sure there would eventually be another war. This was more than a decade before World War II began.
In 1958 Jung warned people that “an archetype was stirring in a way that was characteristic for ‘the end of an era.’” He knew of the lore in mundane astrology that posits a shift from the Piscean to the Aquarian age and Jung spoke of the upheavals and great changes we can expect during such a major transition. Few people had listened to Jung previously, when he warned of the coming of the two world wars so he had no illusions that he would be heard in 1958, when Cold War concerns so preoccupied the collective mind. But he felt compelled to speak up.
Jung’s gravest warning came three years later, on his deathbed. Reflecting the concern for the well-being of the world that had been a constant feature of his life, Jung’s waning energies were focused not on his children, his psychology, the Institute he founded or his own reputation. Rather, he looked to the future of the world after his death. On May 30, 1961, eight days before he died, Jung dictated to his daughter his last visions, with instructions that the notes were to be given to Marie-Louise von Franz. The images were sobering: “I see enormous stretches devastated, enormous stretches of the earth. But thank God, not the whole planet.” And Jung made a drawing, with a caption under it that said, “The last 50 years of humanity.”

That was in 1961. Fifty years hence would be 2011. The date is interesting, given the Mayan prophecy that speaks of the end of an era in 2012. We have no indication in the historical record that Jung knew of the Mayan prophecies. That he got the same timetable as an ancient people might be another reflection of his keen intuition.
Jung’s last vision—foretelling the destruction of a large part (but not all) of the world—might leave us feeling gloomy, if not despairing. But that was not Jung’s intention: he always worked to support healing, for people and planet and, as part of that intention, he offered us a road map for change. This road map can set his final visions in a larger context. An explication of his road map is the focus of