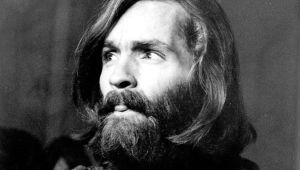 Monday Manson and murder......It was nearly dark at the Penrhos bishop this morning. I hear of the death of Charles Manson. Manson clearly was a psychopath who was guilty of murder and dominance over his followers. I ask the simple question who can be seen as worse and the names flow quickly to me. I think of those who hypnotize with hatred and blame desperate people looking for someone to blame. I think oaf the arms dealers and the coalition murdering and bombing Yemen I think of the Iraq war and I think of the words saying that Manson never physically killed anyone. And then I think of Blair and Bush never physically killing anybody ...then I think of TRUMP and his tweets....and I think of Farages poster " breaking point' and of Thomas Mier..and I ask myself questions about cause and effect and the taxonomy of psycopat
Posted by Any Human Heart at 13:29