Fifty years since the Rivers of Blood speech...its toxic legacy..... 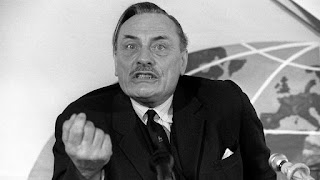 It's been 50 years since Enoch Powell's rivers if blood speech. Powell laid the foundation for a hard right white supremacist model of politics. Powell was a Classical scholar of some note and yet his prejudice; his narrowness and his League of Empire Loyalist approach is not reflected in the reality of Roman society. He might well froth at the mouth and see the River Tiber turning blood red...yer he was wrong. 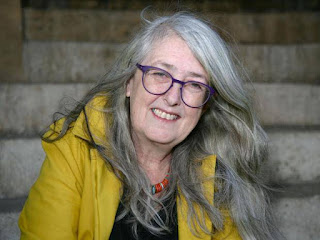 Modern scholarship reveals that Rome was multicultural, multiracial and multi faith There were black Centurions on Hadrian's Wall and Celtic legionary troops in Palestine. Mary Beard's research has shown the lack of Powell's knowledge.. Powell knew of the Roman elite yet he never pointed out that it was the plutocrats like Crasus and the populists like Caesar who brought down the Republic s the elite families fought it out and kept the masses quiet with bread and circuses. How apt for Powell's use of the race card and the patronage of the corporation's of that time. There were black Emperors brown Emperors and numerous races and ethnicity appeared in the Senate and as administrators.. Yes there were slaves but one wonders if parallels can be drawn with the low paid low skilled slavery of the call centre and the pound shops. Powell was one of the elite he glories in the British Empire but failed to see how close he resembled the demagogues of the Athenian polis and of the Roman tribunes. For Powell Classics was a study of the elite. He failed to explain that without the concept of .an Empire wide citizenship St Paul would have been unable to carry out his missionary journeys. For the blue-kippers of today who do not understand that the freedom granted to St Paul enabled them to create what they would call in code " Christian Civilization " ironically it was Theodosius a Christian Emperor of Byzantium who brought in religious persecution and limited the rights to travel for citizens.

The thoughts of Enoch Powell have cursed our society. It has laid the foundations of the hard right. And for the pound shop Powell's of today it has provided the oxygen of hate and fear.. Powell's history is partial. He served as s Unionist MP in Northern Ireland after leaving his Wolverhampton seat. He served as a representative of a narrow theocratic party. His scholarship of Ancient Rome was brilliant yet partial and it offers nothing to the new popular history of today. He could manipulate but could never understand. His toxic legacy divides us rather than links us. The blood in the River comes from the millions slain by the military industrial complex of the European states, the blood comes from the victims of the far right and of the alt right. Powell begat them all and cast division amongst us all. He stirred up fear and it is our blood that he risked staining not only the River red but staining our souls and our thoughts.. It has have been fifty years of separation, isolation and prejudice..look into the mirror and see the faces of Farage and Trump looking back.
Fourty years ago he was speaking to a Monday Club meeting in the centre of Swansea. I remember picketing that meeting and I am so glad I did. Powell left us s toxic legacy.. let us remove the stain and drain our blood from the numerous rivers he polluted.