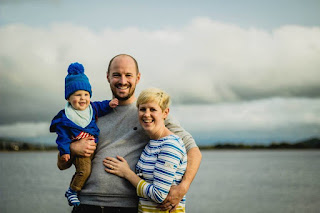 The Tories claim that Dan cost them the Gower sest in 2017. The hypocrisy horrified me ...see the channel 4 investigation into their secret call centre in Heath.. by all means let's have a Gower by election..nut let's have by elections on all the seats where the Tories cheated.. ..answer the question Byron Davies. What did you know about the call centre and how many times did you go there? And did Blue Telecom have links with Cambridge Analytics? The bullies of the Tory right must be fought and brought down.. resistance is essential.

Why you should support Dan Evans and family

Please support Dan Evans and his family. Dan was hounded and threatened with High Court damages and legal expenses by the former Tory MP for Gower, Byron Davies. Dan posted a, let's say, silly and unfactual tweet during last year's general election about the Tory MP.
Dan's tweet only received 6 retweets and 10 likes, hardly a media sensation. But this didn't stop the Tory MP pushing for damages in the High Court. Byron Davies claimed Dan's allegation "influenced voting intentions". Frightened and not knowing how to respond, he settled, costing him and his family thousands of pounds - for a tweet.
Immediately upon settling, the Tories and the wider press launched a media campaign calling for a by-election on the basis of those 6 retweets and 10 likes. Byron Davies, the Tory MP, lost the election to Labour's Tonia Antoniazzi with a whopping 3000+ majority.
Dan Evans is a community youth worker with a young family.

As the Gower MP Tonia says in her press release "having to pay out significant damages when common sense should have prevailed and an apology would have been sufficient, is just cruel.

"Intimidating people who have the right to freedom of speech, but do not have a background in law or the backing of big lawyers, seems to be a disproportionate response. Dan offered to apologise unequivocally to Byron Davies, but this was not sufficient."
Here's how the BBC reported the case after Davies immediately went public. "A former Tory MP has received an apology and "substantial damages" after a voter in a neighbouring constituency wrongly accused him of being under investigation for electoral fraud".
Dan and his family have been put through hell over this. They felt they had to settle under all that financial pressure.
Please consider donating to help cover the family's "substantial damages". Any amount will help.
In the unlikely event of us over-reaching Dan's legal and damages costs, excess donations will go to support local community and refugee support projects in Swansea.


The tories have some nerve to cry foul over Gower

Yesterday - thanks to the help of an obviously planted question - the tory PM Theresa May used PMQs to imply that an erroneous tweet by a Swansea cafe manager cost the Conservative candidate the Gower seat in last year's UK general election.This of course is utter nonsense.The Conservative candidate - Byron Davies - lost Gower by over 3000 votes and the tweet referred to was only retweeted a handful of times. And rather than pursuing what appears to be a mean spirited vendetta against people for misusing social media Byron Davies would do well to reflect on the fact it was the tories disastrous general election campaign - and May's inept leadership of that campaign - which saw him lose in Gower. In fact Byron Davies himself said as much in a interview with Walesonline 3 days after the election 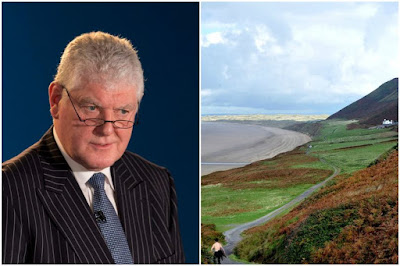 https://rodolfowalshglasses.blogspot.co.uk/2018/04/the-tories-have-some-nerve-to-cry-foul.html
Byron Davies of course is the Chairperson of the Welsh Conservatives and last year the Welsh tories were in the news for all the wrong reasons following questions that arose about their use during the UK general election campaign of a call centre on Byron Davies doorstep - Neath. Following an investigation by the Information Commissioner's Office the tories received a formal warning with regards to their use of the Blue Telecoms call centre during the campaign, with the Commissioner's Office reporting that parts of scripts used by canvassers crossed the line from legitimate market research to unlawful direct marketing. So in other words the Conservatives in Wales were guilty of carrying out unlawful direct marketing.

The ICO had become involved following an undercover investigation of the neath call centre by channel 4 journalists which was screened by the channel two weeks later and which can be watched online here : https://www.channel4.com/news/revealed-inside-the-secretive-tory-election-call-centre

The investigation uncovered underhand and arguably unlawful practices at the Neath call centre in calls made on behalf of the Conservative Party. Among the allegations the programme raised were that the Welsh Conservatives:

On the 8th of June - the eve of general election day - callers at Blue Telecoms were told that they would spend the day making calls on behalf of Conservative parliamentary candidates contesting marginal seats in Wales. Channel 4 News obtained evidence of ten key marginal seats targeted by the call centre, and among these was the Gower constituency (Byron Davies had captured the seat by just 27 votes in 2015 - the first time the tories had ever won the Welsh seat).

The undercover investigation also revealed the Neath call centre was visited by a senior Welsh Conservative Party official on election day itself and the day before, and that official was revealed to be Richard Minshull the Director of the Welsh Conservatives. We don't know if any other senior Welsh tories visited the call centre or liaised with its head Sascha Lopez. But it is certainly legitimate for people to ask if any tory candidates in the Welsh marginals being targeted - such as Byron Davies in Gower - visited or communicated with the controversial neath call centre during last year's general election campaign? And to ask what knowledge he may have had of the call centre? and of its unlawful direct marketing on behalf of Conservatives in marginal Welsh seats. For some reason these seemingly obvious questions don't appear to have been raised in the Welsh media during reporting of the investigation last year. But in view of Theresa May's ill informed comment on the Gower poll yesterday it seems entirely fair to ask such questions now.

I do appreciate that Byron Davies and his family would have been hurt by the false allegation made in the aforementioned tweet, for which he has now received a public apology and been awarded what is being reported as a substantial financial settlement. Yet Byron Davies appears to be unconcerned by the hurt he caused the writer and broadcaster Mike Parker when labeling Mike a racist when he contested Ceredigion for Plaid Cymru in 2015. And nearly three years on Byron Davies has yet to issue an apology to Mike Parker for that hurtful slur.
Posted by Any Human Heart at 12:36