The karma of Farage effects the NHS.. 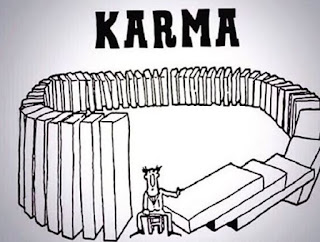 he karma of Farage effects the NHS..And now it becomes clear as the bluekippers obsession with immigration numbers begins to bite. We hear that 100 Asian Doctors who would have worked in the NHS while studying for a Post Graduate qualification. In this country has been stopped by the Home Office sucks up to pseudo kipper concerns.

What is going on? A home Secretary that dies not know about regional targets? Targets that di not count for anything? An institutional racist quantification then? We know if targets within Capita.. .we know of bonuses for throwing people off benefits.. .


Thirty five health trusts condemn the Home Office.eavh Indian Doctor pays for their own qualification, each contributed to our society and cared for suck and vulnerable members of our society.. thus is the sickness causes by sucking up to Farage and his prejudices and his populism.
The irony is that those most likely to have benefited by the Earn, Learn and Return scheme were those most seduced and hypnotized by this Farageista discourse. The unexpected consequences of Brexit and it's constellated prejudices haunt us all as a karmic debt. These are from times as those most vulnerable feel the reality of the actions performed by ourselves.
The DUP Conservative hybrid monster performs and promotes these monstrous implications and around us society slips into a brutal vicious stupidity and structure.

Human values, respect and compassion are subsumed by the cold brutal points and targets beloved of a civil service without concern and interest. The society we get is the result of who we voted for.
Windrush will be replicated amongst other ethnic groups Meanwhile we are distracted by the wonders of a royal birth and a royal wedding..the bus lurches and I feel sick....
Posted by Any Human Heart at 12:01