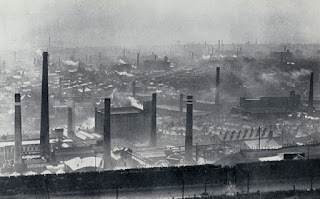 You often find a shocking lack of history and of how things were. They don't know about how people once thought and believed. All change starts because someone somewhere challenges those who believe the prevailing prejudices and assumption. They don't understand that there are other experiences that are not white male and " british". All change starts from the challengers to the status quo . The difficulty of thinking outside the box is the curse of the Conservative.
All of our views are prejudices; scripts and conditioning. To be truly alive we must undergo a constant ever becoming revolution of ourselves and our perceptions. Common sense is a natural coping mechanism we must have and we must realise that it is no more than a statistical average of collective thought. 'Stirring up hate" accusations often comes with a political projection or displacement of the self. It's often I notice projection from myself in other ways and at certain types of right wingers.

However the truth is that those who know least of history, culture and psychology are most likely to defend their views as common sense. They don't grasp that I am proud of Shakespeare, Milton, the Romantic Poets. They don't grasp that while I am proud of the wonderful language of the King James Bible and of the Mabinogion and of William Blake. .Bkake was a Freudian before Freud and a Marxist before Marx.I loath the ignorance and brutality of the English ruling class. I loath Biggles and Billy Bunter and all the crypto-kippers I met at my English Prep school in the 1960s.. I understand them their psychology and prejudice, their lack of knowledge and understanding. Julia Kristeva called it "abjection"...its a curious mixture of understanding and loathing.
I often think that is why a significant minority of those of us from that background are the most feared and loathed by the bluekippers. We are those who most understand their motives and methods and are best suited to challenge this British ruling class ethos.. the British Empire was a loathsome thing...yet our literature, culture and thought was fundamentally opposed to the when Empire project. The tragedy is that those who champion Britishness most are those who know literature
,history and philosophy the least.. .the destruction of the English state and a freeing of the people of the British Isles into it's Welsh, Scottish. Cornish, Asian English and others is essential to free us. We have been a multiracial, multicultural multifairh society for 10, 000 years. The English Channel was once a rich fertile valley not a cold barrier between us and our European origin.. And you know all that one of them will say is remoaner or Marxist.. my words will fall on stony ground the simplicity is frightening and limits us all...by the way Blake`s Jerusalem" is a Socialist hymn not a Twatriotic one......


The Cambridge Analytica scandals have made it obvious that some people’s votes can be predicted and manipulated by knowing their emotional triggers. But new research suggests that the way people think, in apparently unemotional ways, is also a reliable predictor of political attitudes, and in particular, of nationalism and enthusiasm for Brexit.
Brexiters tend to dislike uncertainty and love routine, study says
Read more
Leor Zmigrod, a Cambridge University psychologist, set out to investigate whether a preference for clear categories in thought mapped on to a preference for clear national boundaries and precise, exclusionary definitions of citizenship. Instead of relying on self-reported habits of thought, as previous surveys have done, she had participants (who were not students) take part in some standard psychological tests. One of them tested how easy it is for participants to adapt to changes in the rules of the game they are playing; the other is a test of the ability to associate words and ideas across different contexts, so that it works as a measurement of cognitive flexibility, or woolly-mindedness, as the more rigid would no doubt say.
Even with a reasonably small sample of about 330, the differences that appeared were large and startling. In particular, her team found that less cognitive flexibility correlated strongly with “positive feelings toward Brexit and negative feelings toward immigration, the European Union, and free movement of labour”. This not to say that there is anything abnormal about people on either side of the question. There is a lot of normal variation in temperament and imagination among perfectly healthy and sane people, even those who disagree with us. But it is still extraordinary to think that some political differences can quite reliably be traced to cognitive ones which seem to have no connection with politics at all.
One of the strongest links was between cognitive flexibility, as measured by these two tests, and disagreement with Theresa May’s statement that “a citizen of the world is a citizen of nowhere”.
These cognitive styles do not work directly on attitudes to Brexit, says Zmigrod. They predispose people to wider ideological attitudes, and those in turn determine the attitudes people took to the referendum. And the test results she found work differently to each other: in particular, nationalism and authoritarianism were very strongly predicted by a preference for fixed rules and categories, whereas political conservatism (as self-reported) was influenced by an inability to take words out of familiar contexts and make fresh connections between them (which the second test measures).
Nonetheless, the correlation between the style in which people think and the way that they voted was very much stronger than any of the other factors in the sample: controlling for class, age and sex only changed the results by 4%, although there was a strong, and possibly related, correlation with the length of time in education.
“The way the brain constructs internal boundaries between conceptual representations and adapts to changes in environmental contingencies has been shown here to be linked to individuals’ desire for external boundaries to be imposed on national entities and for greater homogeneity in their cultural environment. Information-processing styles in relation to perceptual and linguistic stimuli may also be drawn upon when dealing with political and ideological information,” she writes.
How America's identity politics went from inclusion to division
Read more
What this suggests to me is that some kinds of political argument are going to be literally interminable. Obviously this isn’t true of any particular issue. Even the question of our relations with Europe will be settled some time before the heat death of the universe. But it may be replaced by something else which arouses the same passions and splits the population in the same way, because the cognitive traits she is analysing are all part of the normal variation of humanity.
Despite what you learn on the internet, the people who disagree with you about Brexit do not all have something terrible wrong with their brains. Progress is not necessarily on our side. Nor is it even on the other side. One of the underlying tendencies of political argument at the moment is that both left and right expect the other side to be proved conclusively wrong by history – either to be swept away by progress or to be destroyed by the return of traditional reality. But if ideologies arise in part from differences in cognitive style which are evenly distributed through the population, the war between progress and reaction will continue for as long as humanity does.
Posted by Any Human Heart at 12:25