June 9 2018..time for One Member One vote in Welsh Labour 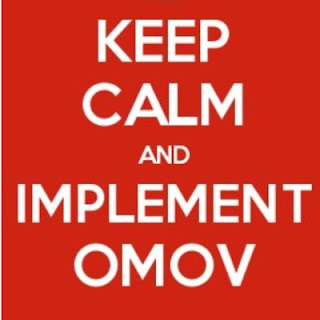 On June 9th the executive of the Welsh Labour Party meets to discuss the method of election for the new Leader of the Welsh Labour Party and subsequently the next First Minister. The experience of the Deputy Leader election has left a bitter taste. In that election the candidate for whom most voted lost because of the block vote mechanism. It is indeed anti democratic that an Assembky Member or Member of Parliament is worth 400 times the vote of an ord8bary activist within the Party. I find it somewhat perplexing that however wise is Stephen Kinnock his outlook and perspective is not worth more than mine by that proportion.


Welsh Labour can only reinvent and renew itself by the alchemy of One Member One Vote. The right of the Welsh Labour Party fears a mass party seeing it as a route to a Coebynista Party. Yet without that Labour in Wales will remain an enclave of Blairite survival. It is likely that in a contest between Mark Drakeford and Vaughan Gethin the two options will be fought out.. Mark Drakeford offers the opportunity to combine a distinct Welsh approach based upon a Corbynistic template. With 2500 MOMENTUM members and the growth of real Welsh left Labour faces a real chance of reform and renewal. This Counter Reformation must come quickly for it to be effective and long lasting. The decision on powers decentralised to Wales was not helpful in its timing or approach.
Plaid must decide whether it comes at Welsh Labour from the left or the right . My fear is that it's main concern over the next year will be with the machinations and populism of the MeEvoy saga . I still remember another Plaid MP on election quoting Che Guevara and ending by supporting the hunting lobby.

Wales cries out for a Welsh road to Ecosocialism. Recently my political judgement was severely challenged in making a decision on my political loyalty and membership. I consider that Momentum offers the best route to that end . Wales must see the populist right agenda that was the consequence of the UKIP rise and of Brexit. It was Blair's lack of ideology and empowerment that was the midwife of UKIP and we cannot get away from the fact that many of the voters who flocked to Plaid in the first Assembly election voted UKIP and supported Brexit in subsequent elections and in the referendum. June 9th offers an important opportunity to Welsh Labour to offer a unique opportunity to give Wales a step on the road to Welsh Ecosocialism and with it the recognition that Wales is a separate country with its own future and direction.

The far right is sniffing around the Welsh Indy movement, as Jac o the North dreams of a UKIP party through the medium of Welsh.. Welsh Labour must move to OMOV not only for itself but for the people of Wales.. it's a crucial and vital moment of decision..it cannot be avoided..
Posted by Any Human Heart at 13:50