Dr Bashton the Grand Inquisitor of the Benefit Tribunal

Dr Bashton the Grand Inquisitor of the Benefit Tribunal 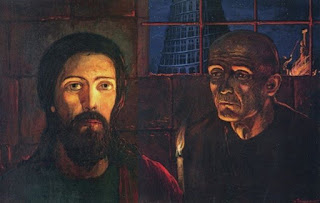 If you turn into the Fabian Way and head past Sainbury's as you approach Swansea you will notice on your right Swansea Civil Justice Centre . I have been representing people there in benefit appeals for well over ten years. A few weeks ago I was representing a particular client there let's call her Eunice.
Eunice is in remission after reaching stage 3c or 4 bowel cancer. Back in 2016 the DWP had taken away her DLA when it became PIPS. Eunice is incontinent in all ways. She is anxious depressed and prone to severe psychological issues. She can't cope with authority fears that they are out to get her and needs constant support. I have been working with her since she had her first diagnosis.
As we walked into her second appeal I felt a gnawing anxiety as I glance at the Tribunal Member and recognise all the members if the panel. I have seen the Doctor and the Judge before.. Let's call them Dr Bashron and Judge Yardarm. The third member I recognise from my own appeal . That appeal ruled that I was too eloquent to gain a Pips award for my visual impairment and they once asked another client who had dyed her hair .I guess she felt that those who suffer from depression and a bipolar diagnosis somehow can't dye their hair without it having a psychological significance.
I glance at Dr Bashton as he questions Eunice. The good Doctor thinks he is a prosecuting attorney from a 50s film. He interrogates Eunice his voice rising all the time. He tells her to speak up .Her voice drops and she becomes paler and more afraid. Her voice goes quieter and he shouts at her to speak up as he rants at her claiming that he is deaf.

Within me a voice begins to rise up. And I want to shout out GET A FUCKING HEARING aid..My poker face breaks and he turns to me telling me to show him respect. My voice hidden within says *I will when you show behaviour worthy of it" and I think of the Hippocratic Oath that Doctors swear . The words are to do no harm. AND YET THAT IS ALL HE DOES.

Inquisitor Bashton continues to interrogate and my client begins to cry . Dr Bashton rants once more at me and as I glance at the DWP representative he looks worried and we suggest an adjournment. During the adjournment they agree with me a set of descriptors that they will accept for Eunice.
When we return we tell Judge Yardarm of our recommendations. She snaps at us that it's not our job to do that and that she won't accept it. It's not your role she says and glares at the alliance of the Psychotherapist and the DWP official. We are less than worms her cold eyes tell us. We go for an adjournment and as we leave as the clerk records the final words of the appeal I tell them in a calm voice that have damaged my client and ask them what psychological training they have.
Eunice is distraught.. Bashton and Yardarm have put back my work with her by nearly a year. They have wrecked Eunice. A few days later I get a letter saying that this particular trio have ruled themselves out of all future appeals dealing with Eunice.

A few days later on still I run into Dr Bashton while walking around the supermarket. He looks at me and remembers. I look through him in contempt and walk away. If you have ever had an appeal at the Swansea Civic Justice Centre and been treated by Doctor Bashton in this way you have my compassion and sympathy..

What does it take for the Bashtons of this world to gain empathy, understanding and a hearing aid.? I saw in the eyes of Yardarm and Bashton a contempt for the appellant and with it the assumption that as they had had it tough then so should all others. They were the inquisitors of the sick and ill and would root out the shirkrrs and the lazy.Be afraid very afraid if you run into these pair of Grand Inquisitors of course any similarity to anyone living or dead is entirely coincidental. You might think that but I could not possibly comment. By the way Eunice went on to win the third appeal..I like happy endings... 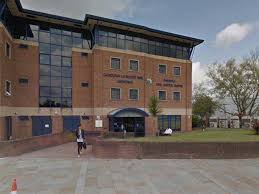