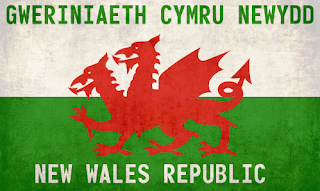 I have been a Republican all of my life..I remember 1969 and the gross events of the Investiture. I remember asking my Prep School teacher why it was important. I was laughed at then so today I was pleased to see a poll today revealing that 66% of people are not very or not all interested in the Royal Wedding. And yet we gave thus imposition placed upon us. How on earth can we have an equal society when we have a hereditary monarchy, the aristocracy and private education. I hear the complaint raised by some " I would rather have a monarchy than President Trump"..yet these are simply not the alternatives. We think poorly here.. and without a critical approach.


More significantly at least a third of all  express little or no interest in the Queen. The institution of monarchy is in compatable with a modern democracy. I speculate that those who were leavers as opposed to the remainers..are more likely to live the monarchy. The fawning monarchist is most likely to be less educated, know least of history and be more likely to feel ontological insecurity.. I would also like to see the figures on attitudes to immigration and free movement.

When this Queen has gone it will be time for a Republic. Monarchy is a travesty it constelates all prejudice behind one symbol brutally. It's time for Republican confidence..we are closer to a Republic than we think. It may even be the greatest that we have seen for nearly 200 years. Monarchy is incompatible with democracy . .long live the Republic..a Welsh Ecosocialist one..


The play King Charles 111 said a great deal about the nature of modern society in terms of ambition, greed and a reflection of these post truth times. As you know I am a keen republican however I felt sympathy for the characterisation of Charles. He really believed in his role and had spent s lifetime waiting. The tragedy of Charles was that while he had been waiting society had become narrow, self serving and intolerant. The political culture of this fictional England suggested the age of Blair and the political parties were simila wirh each content to wait for power in turn.

For me the ghost of Diana was very powerful it suggested all that was hidden and unseen. The play also asks the question why have a monarch? The character of William and a cold and ambitious Kate Middleton somehow represented the calculating model of the amoral conservative . They were ambitious to reign and revealed almost a Byzantine family structure. The play left a suggestion of a smoke and mirrors constitution that is truly reflective of the reality.. It was about hypocrisy ambition, and human frailty that is all too human..I liked the play it shows why we should be a republic because duty is no longer valuable and that a good man can fooled by the illusion of a role that never was. It left the feeling that Charles was too aware of contradiction and self understanding and that both qualities that do not help you if the job you do is really an illusion and of no real value. It almost had an echo of King Lear ruling a Brexit Britain.


The play revealed a country of post truth of conspiracy theories and was clearly written prior to Corbyn. It asks questions to us about the myth of the monarchy and the way it's cult is used as a means of social control.