VOTE TOMORROW AND KICK THE TORIES OUT 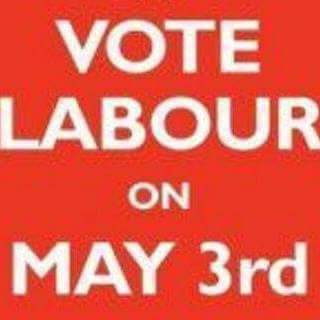 VOTE TOMORROW AND KICK THE TORIES OUT Brexit Britain is broken....I have just spent the last 70 minutes supporting a client through a PiPS home visit. The client has PTSD and chronic back pain. she is confused and drugged. The interviewer is rather brash. They do not understand how the psychological and the physical interacr. They don't understand how they effect one another. The 15 categories are designed by soulless robots that do not understand. Quantitative measures do not express qualitative states of mental illness. The client must be bent to fit the makes the client worse. categories . I look over I can see the client beginning to have flashbacks and cry. The interviewer keeps saying we are running late and must hurry ....it becomes impossible. The interviewer is wedded to a statistical model. They are stressed At some level the interviewers stress effects the client and she cries. The interviewer asks is it something they have done? They ask to see the clients medication and the client becomes more confused. And the interviewer is not the person who will make the decision.

The decision will be made by a civil servants miles away who does not see the pressure on the assessed and the assessor . This is the obscenity of benefit Britain . Who is the most exploited? The client or interviewer ? They both have families, targets, pressures each must pay their bills , each live in this world. I intervene and explain why the words written do not describe the reality of the clients world or the way the interviewer sees them. This is an obscene system.....these local electio elections are really about the soulless nature of the Tory Party and how we sit and care for the broken. I picture the cruel faces of Theresa May and her cabinet and when they claim the teachings of Jesus Christ and the Magnificat then we all know that they failed to understand it's true meaning....or indeed what Socialism is...kick them out when you vote tomorrow.. kick the soulless bastards out make it happen and claim a better world.....for Windrush, for Grenfell for the broken and for us all vote them out ....

I often find that when I get accused of spreading hate or being too political
I discover amongst my accusers a shocking lack of knowledge of history and of how things were. They don't know about how people once thought and believed. All change starts because someone somewhere challenges those who believe the prevailing prejudices and assumption. They don't understand that there are other experiences that are not white male and " british". All change starts from the challengers to the status quo . The difficulty of thinking outside the box is the curse of the Conservative.


All of our views are prejudices; scripts and conditioning. To be truly alive we must undergo a constant ever becoming revolution of ourselves and our perceptions. Common sense is a natural coping mechanism we must have and we must realise that it is no more than a statistical average of collective thought. 'Stirring up hate" accusations often comes with a political projection or displacement of the self. It's often I notice projection from myself in other ways and at certain types of right wingers.
+
However the truth is that those who know least of history, culture and psychology are most likely to defend their views as common sense. They don't grasp that I am proud of Shakespeare, Milton, the Romantic Poets. They don't grasp that while I am proud of the wonderful language of the King James Bible and of the Mabinogion and of William Blake. .Blake was a Freudian before Freud and a Marxist before Marx.I loath the ignorance and brutality of the English ruling class. I loath Biggles and Billy Bunter and all the crypto-kippers I met at my English Prep school in the 1960s.. I understand them their psychology and prejudice, their lack of knowledge and understanding. Julia Kristeva called it "abjection"...its a curious mixture of understanding and loathing.
I often think that is why a significant minority of those of us from that background are the most feared and loathed by the bluekippers. We are those who most understand their motives and methods and are best suited to challenge this British ruling class ethos.. the British Empire was a loathsome thing...yet our literature, culture and thought was fundamentally opposed to the when Empire project. The tragedy is that those who champion Britishness most are those who know literature
,history and philosophy the least.. .the destruction of the English state and a freeing of the people of the British Isles into it's Welsh, Scottish. Cornish, Asian English and others is essential to free us. We have been a multiracial, multicultural multifairh society for 10, 000 years. The English Channel was once a rich fertile valley not a cold barrier between us and our European origin.. And you know all that one of them will say is remoaner or Marxist.. my words will fall on stony ground the simplicity is frightening and limits us all...by the way Blake`s Jerusalem" is a Socialist hymn not a Twatriotic one......
Posted by Any Human Heart at 12:32