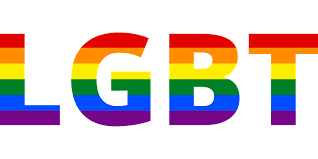 Different strokes for different folks..celebrating our sexualities and identity ....Yesterday there was as debate upon sexuality and gender following a post I put up about tiny Tim Fallon former leader of the Lib Dems. I realised quite quickly how so few realised that our identity was made up of our sex, wether we were male or female, our sexuaaility in other words who we were attracted to and finally the gender role we are conditioned to by society or by our beliefs. The problem I found was that Barry John Phillips confused sexuality with gender and sex. In the book of Genesis two names are given to the Hebrew creator the first Eloihm that means the god that is both male and female and Yahweh who is male and a king. It annoys me when people are unaware of this subtlety . .if the ancient Hebrews could recognise this merging then why not modern evangelical Christians.As it is when the world shifted from female deities to make ones. It invented slavery, domestication of animals and the institution of marriage. The perceptions of our deities reflect us and our society. We moved from polytheism and numerous gods to monotheism and the one true male god. With this came the belief in binary sexuality and difference. But the truth is our identity is made up of three circles of intersection. We all switch on our sexuality and we do not wake up changed passively by the power of others. It may appear to happen if we deny it or hide it because we believe our god disapproves of it. I am irritated by this ignorance both of history spirituality and culture and our individual fears and perceptions. Modern LGBBT activists have rescued the term where from being a perjorative term. We are all queer and that means original..lets celebrate it...we are all products of our history and our social conditioning. The main area of concern is if we understand it or we deny it.
+
Throughout history the regulation of sexuality has varied the definitions of marriage has varied. In the West the legacy of the misogyny of the ancient Greeks and the attitudes pf St Paul and St Augustine gas left us a toxic legacy. Nietzche commented "Christianity gave Eros poison and instead of deing she grew sick. Attitudes to a sexuality that is not ours is a reflection of this observation. Nietzche also asked the question..suppose truth is a woman? He was not being sexist in German the word for truth is feminine and hence subjective. He was arguing that are there are no binary categories in any classification.

It's different strokes for different folks..and the differences I have with other sexualities is no bodies business except their own. I certainly don't fear that debating or talking to Robert Francis or Gareth Hanford will effect who I am attracted to or find attractive. I have enough to worry about with their respective politics and it's as nonsensical to fear that political debating with them will change my political allegiance as it is to fear it will change my identity. Its errant nonsense ..however it does help me understand the lenses that both see the world through. This widens my perception and my trance. In a world if multiple lens of sexualities; spiritualities and cultures we should celebrate the difference and deny the binary split that oppressed us all. It's prejudice and misunderstanding and ignorance that divides us. If I argue with Donald Trump I won't become like him and if I have a pint with Gareth Hanford I won't wake up a kipper....so let's be clear and confident in our own identity....and celebrate it...the state or the church does not belong in the arena of live making or attraction. I think that the Neath area could benefit from a monthly discussion/debate where issues could be examined and talked about. Barry John Phillips contributes to an interesting debate as does Chris Edwards...any interest in such a project?
Posted by Any Human Heart at 13:54