Of men and power.. from the Bullingdon to the Dorchester....

Of men and power.. from the Bullingdon to the Dorchester.... 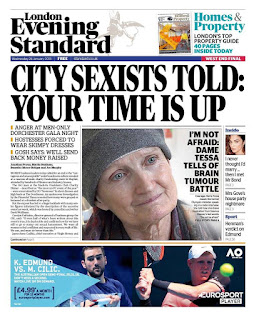 The President's club debacle reveals much about perceptions of masculinity and understanding oself, behaviour , "common sense" and prejudice..This week I have seen men claim that patriarchy is a myth, that feminism is a myth and that it "takes two to tango". I have seen everything said except an analysis of their own male perceptions. In most cases the men who argued in this way were mainly over 60 . They had never examined their assumptions; identity or psychology. They could not do it they did not know how, they did not see power or it's constructs like the white male bluekippers who see no racism or sexism or transphobia. In the next generation my own prejudices and assumptions will be examined and challenged and u hope that my grandchildren will understand that I was a product of my time.The real difference is whether we understand that we are all prejudices and that common sense us just a statistical average of the prejudices of the time. 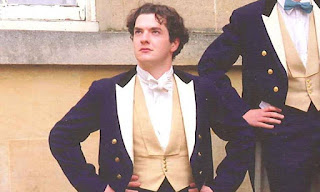 Many men cannot see that the behaviour of the rich and the powerful men of the Presidents gate club is about exploitation and commoditization of sexuality . These rich and powerful men do this in other ways in forcing down wages and promoting cheap labour. We are all victims of their power and it is not about choice. It's about no choice. The libertarians will claim it's about both sides knowing the score. But how could that be possible without an equality of power and influence. Their was no equivalence between the women and the male captains of industry. 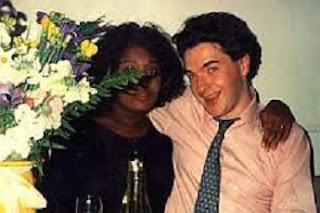 I have no problem with the sexuality or sexual behaviour of consenting adults on terms of equality. Power over others leads to pornography and exploitatation.Power is the key to making us all into objects of sexual use or of cheap labour. We are all used by these men whoever we are.
Eroticism is a celebration of our sexualities. It is a relationship between equals and encourages us to celebrate desire, passion and pleasure. It has parallels to being creative, artistic and curious. The bitter old men who condemn the campaign against sexual harassment and name it a witch hunt are stunted, fear the feminine, sensuality and the other.. they don't even know what they are missing.. they are the prudes and the damaged ones. These are the men who would have suppressed the sexual abuse investigations and are severely homophobic and transphobic. These men are so adequately represented by males like Farage and Trump and others.. These are the vile men of straw. And I would like to know which politicians were present. I remember a previous story I was told about members of a previous administration of Swansea Council present at a stag party with strippers that reached sonar proportions. I was told of a former Swansea Assembly member who thankfully fled in horror at the events.

I find in hypocritical that George Osbourne editor of the London Evening Standard made the Presidents Gate club the headline story. One wonders why he did not join up the dots between the powerful and rich Bullingdon Club and the Presidents Gate Club. ..u hope it was selection rather than selective memory.
Posted by Any Human Heart at 13:30