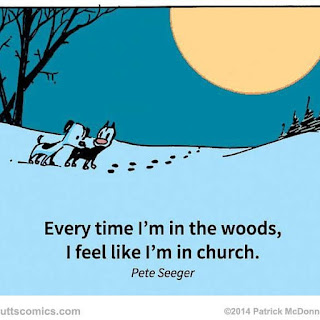 The Moon waxes over America. Last time it was like that it was March 31 1866. The Klu Klux Klan was launched and 150 years later ^Hope not Hate" prepare a film that will expose the methods and rituals if the alt right...as the moon grows the similarities appear and form reborn ghosts ; revenants of prejudice and bigots, misogynists and frightened bitter men shift uneasily as binary certainties dissolve into air.

We hear of a second FBI dossier that examines Russian links between Trump and the Russians. As Putin discovers religion and abolishes anti domestic violence legislation. He declares homosexuality anti Russian and moves ever closer to the 70 year old toddler with a thin skin and a larger ego. As Trump and Putin share prejudice and merge indistinguishable from one another, 35 bigots of the Brexit right and ten 16th century Calvinists rule over us and determine the myth of sovereignty. Within Labour the left march on reforming it . They make good the hope of the old Campaign for Labour Party Democracy. Yet the growth of Momentum is so far removed from the old male sexists of militant that a new party is almost created. There is still a way to go there must be now a reform of the Welsh and Scottish Labour Party. The sense of a Welsh and Scottish party must now happen. Vince Cable and the Liberal Democrats look on irrelevant, impotent and insignificant. In Wales the bitter old men seek to create a Welsh speaking UKIP where men are men, woman invisible and sexuality is merely heterosexual or not talked about.


The demand for a second referendum grows and the demands for a Norway plus Brexit deal seems to be emerging for many to coalesce around. Yanis V endorses this plan as the NHS becomes the central issue in voters minds.Bit by bit Brexit slips down the political consciousness charts as the blue kipper agenda burns consumed and fades under the heat of the left.

For the first in nearly 50 years the Left have the momentum. Sexual harassment and sexual assault is at last challenged and it's purveyors and apologists are shamed, exposed and confronted. Is the Blue Moon a metaphor, a metonymy or synchronicity that points to change.? Is it a shift in the zeitgeist, the collective unconscious? Can it be explained culturally, by paradigm shift or even astrologically?
Is it sociological? Does the collective unconscious allow the return of the repressed? Is Trump and Farage the last bitter gap of the bitter men? Are these events an example of correlation or causation? In my own life a shift of political loyalty occurs. It feels like a coming home..yet it is through the door in to the rose garden and I come home but have never been here before.. as above so below and the moon still grows..and as I wax lyrically new possibilities, new hopes and new awareness develops both in quantitative and qualitative ways as both the world and I speed up the trajectory and gear of the ever becoming now...
Posted by Any Human Heart at 13:18