The year 2018 gives one the suspicion that our society is dysfunctional. Our political structure is useless, our institutions inept. Faced with the terror of existence, young people react with violence and seek certainty Faced with manageable problems such as a austerity and economic theory our democracy self-destructs. Anger is everywhere; understanding is nowhere.
Although a “democratic” society cannot function unless its citizens are able to rationally debate one another, rationality is missing from our politics. We assail our political enemies with intractable opinions and self-righteous anger. An ugly bitterness pervades everything.Meanwhile, our country is slowly but surely committing suicide.

It seems to me that this dysfunctional political dialogue, which stems from the iron certainty we grant our opinions, is the most pressing problem confronting us in 2018. In fact, it is a crisis. For without the ability to carry on a useful dialogue, we cannot solve our greatest challenges, or even our smallest ones.

This raises the question: How can we solve this crisis? Because the capacity to debate requires the capacity to think, I believe the answer lies in philosophy.
Why philosophy? Because the study of philosophy, the “love of wisdom,” creates and nurtures thoughtful minds, minds that can — as Aristotle suggests — entertain a thought without accepting it. With a philosophic worldview, a right winger who despises any tax increase or economic stimulus could at least consider the notion of tax hikes or Keynesian economics. A Left winger facing antithetical ideas could do likewise. Thought rather than anger could become the default response to opposing worldviews. 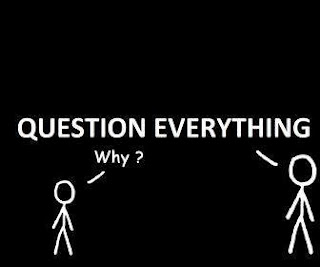 Indeed, philosophy can do a great deal to lessen the anger that is growing like a cancerous tumor in modern America. The tools exist in both Eastern and Western thought — in the Stoic exhortation to accept the present as it is, in Buddhist meditation, in the Humanist’s transcendent appeal to reason, in Kant’s categorical imperative. Philosophy can help us inculcate virtue for, in the words of Socrates, “knowledge is virtue.”

While some philosophies obviously conduce toward peace more than others, while some philosophers (Marcus Aurelius) seem kinder than others (Nietzsche), the open-minded study of different philosophies at least opens one up to the possibility that one is wrong. One realizes, like Socrates did, that knowledge is anything but certain, that true wisdom lies in realizing how much one does not know, in understanding that our knowledge of the universe (and therefore of earthly things like politics) is utterly inadequate, perhaps comparable to the area of a pin’s tip against a table. This realization makes one less angry when confronted with opposing views, replacing counterproductive anger with productive curiosity.

The first time I read a philosopher was not until I was about 30. My professor assigned Plato’s Republic, and while at first I (admittedly) did not understand anything, eventually I became absolutely enamored with this incredible man. Here was a person who had thought about so many of the same things I had, albeit thousands of years ago and with much more sophistication than I could ever muster. What is justice? What is truth? Why do people suffer? Is there an afterlife? These are the questions that children ask their parents, the questions that scare us most, and perhaps because of this fear we do not consider them when we grow up. 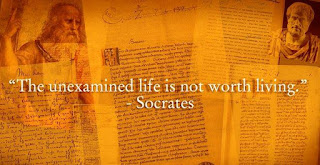 I think this is a great mistake. We should consider these questions. For by reading philosophy, I became less frightened of them. I no longer shirked away from contemplating death (thanks Epicurus) or morality (thanks Kant) or misfortune (thanks Epictetus). More, I realized that anger — in both politics and everyday life — is largely a reaction to fear, and that this fear can be lessened exponentially through the sort of reflection philosophy fosters.
I don’t know why philosophy isn’t taught in the School system. Perhaps the subject seems too esoteric or pretentious. Perhaps there is a fear that philosophy could encroach on the sort of questions religion purports to answer — “how should one live,” “how should one die,” and so on. Some parents may feel uncomfortable with the idea of their children receiving answers to “the big questions” from Socrates and Plato as well as from Jesus and Paul.,,reflections on why I teach

This fear is unfounded. In general, philosophy does not squander religion; it merely exhorts one to understand the world by opening one’s mind. It encourages one to consider multiple possibilities (unlike our politicians), only accepting the possibility that appeals to one’s innate sense of reason. In a diseased society that is filled with so much anger and bitterness — indeed, with so much madness — we could do worse than expose our children to philosophy. In fact, such exposure would teach our children to react to problems with an inquisitive rather than angry mind — a concept that the children in Congress have not yet grasped.

To those who say philosophy is impractical (and thus that learning how to think is impractical) I say: nonsense. Our society is dysfunctional because we have forgotten how to think, if we ever truly knew how to think at all. Although we as a society believe we are in possession of all truth, we are not. To study philosophy is to learn how woefully ignorant we are, and this knowledge can perhaps teach us humility, can perhaps suggest to us that the other side may have some value after all.
So my point is this: Our diseased political system is in dire need of a hefty dose of philosophy, and the best way to inject this dose into American society is to start at the stem — to raise our children to have a philosophic mindset by teaching philosophy in schools.

In the process we will, slowly but surely, be raising individuals who possess the capacity to respond to problems with inquisitive rather than angry minds, perhaps ending this suicidal gridlock of post truth in these Brexit times. I hope it is not too late.
Posted by Any Human Heart at 13:32