On being on the left......The dead end nature of the political right 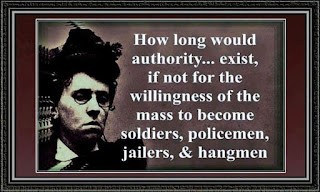 On being on the left......The dead end nature of the political right and it's inability even to understand far right wing terrorists... it tells us much of the their thoughts..they never join up the dots they are simply not used to seeing patterns in society, in psychology and in culture. The right never produce comedians who criticise large bodies and corporations.

The left form a critique of powerful bodies but the narcissism of the right mock individuals of particular sexualities, ethnicities and faiths. The right kicks the individual and then projects this prejudice onto the group. They do not support groups, promote soludarity or strengthen resolve. The right because of its narcissism does not understand that it's own prejudices are not it's liberties and rights.. it goes on to conclude that any right wing terrorist attack is caused by lone wolves and the mentally disturbed. If anyone is involved in a terrorist attack who has a brown skin then it is the faults of all Muslims and they call on Muslims to condemn them. They condemn paedophiles who happen to be Muslim but do not point out that Jimmy Saville was white and nominally a Christian. They do not call on the Welsh to condemn right wing terrorism as the trial if Osbourne opens. They do not point to the facts that he received a message from the deputy leader of Britain First or from Tommy. Robinson if the EDL. They do not call it radicalisation because their lens is distorted and because they are white they see it differently. They do not understand their "white fragility" and their sense if insecurity. They don't see the similarities between Islamic terrorism and themselves. They do not see that in both cases in a group of men seeking simple and totally clear expressions of meaning.
They fear women, gay peopĺe, trans people and the left wing activist. They do not understand history, social change and the nature if the social sciences. They do not know about Mosley, Franco and Mussolini . They don't know that the alt right killed millions in Nazi Germany last time right...they don't even know that the Nazis were the alt right. They talk about Christian values but don't appreciate the difference between Christ and the history of the Christian church . They have no such problem over the difference between Marx and Soviet history. They have great difficulty 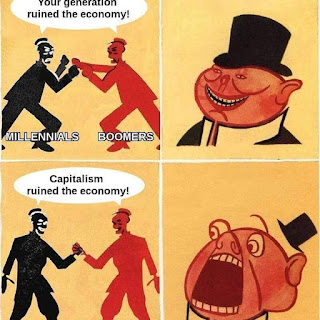 understanding intention and out come. They don't know that our numbers are Islamic in origin.
They don't know that the Old Testament is oire violent than anything in the Koran. They don't know what Sarah 109 is about or what Elijah and the bear did to the children who laughed at him. They don't understand that we change our mind every few years on who we vote for and yet Brexit is for ever. They don't see that debate is essential and that change happens to us all. They don't remember tbat the leave campaign never gave up in 1975. Yet they expect the remain campaign to give up now. The right producers very few great philisophers; creative writers and poets or indeed those who see new patterns or roles.

Nietzche mocked the conservative and the narrow thinker..Bernard Shaw.said that all change was caused by the unreasonable person refusing to except the domination of the world. The right, the conservative fear constant change in self, perception and psychology.. therefore they do not understand. The broflakes of the right except the present as the eternal, they avoid the possible and they miss so much both for themselves and others.

The right is limited, fails to understand, looks back to an imagined padt and not a possible future..creativity dies within and fears are denied and hidden.. projection and displacement is everywhere and placed upon the other.. and prejudice is not within them it's justified as tbeir right not to read, think or apply.


The right leads us to a dead end for every generation. It's narrow, unyielding and offers scant hope and cheer. The left is about possibility, reform and hope...dont get fooled again...the new boss is the same as the old boss.. but the right won't tell you. They want you to know your place and believe in your betters. Wake up and smell the coffee..
Posted by Any Human Heart at 19:34