“Anti-intellectualism has been a constant thread winding its way through our political and cultural life, 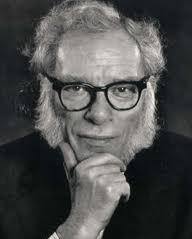 “Anti-intellectualism has been a constant thread winding its way through our political and cultural life, nurtured by the false notion that democracy means that 'my ignorance is just as good as your knowledge.'” Isaac Asimov

I listen to a discussion on political change on Radio 4. It seems that social class no longer determined how people vote on a left right axis. It seems that education and age now are the main indicators. Young people and education are the main influences on if we are lefties. The elderly and those with a lower level of education are more likely to vote for the right the measure of our political loyalties was mirrored in the referendum of 2018

Leavers tended to be older and less well educated and remained better educated and younger. We therefore have a responsibility on the left to promote, inform and educate the electorate. It is in the interest of the right to keep people uninformed and desperate. The political left has this responsibility and we all must do this raise awareness and understanding. The use of the term low informed voter is a reflection on the democratic process.

Politics can not be described in 20 words when 200 words are essential. Politics cannot be reduced to yes and no answers. We all should know that..we all know that the same rules apply to life. There are lenses models and theories not truths.Common sense is a myth ..in most cases it's an average of perceptions and prejudices. The simple answers keep you in your place and keeps you docile ...that's why the right and the so called libertarians love low information voters.
In an education system that is just about work there will be many low information voters.. who are easy to fool,  and project and displace fear outwards.....


Immigration has been one of the key issues facing the country for the last two decades. Our findings show that over the last two years, there has been a shift to more positive views on the impact of immigration, with a bigger change taking place after the EU referendum. However, the proportion of people wanting immigration levels to be reduced overall remains unchanged. Concern has not gone away, although some may be reassured by the Brexit vote, and others who were more positive about immigration may have been galvanised to express a more positive view. The close relationship between immigration and the Brexit vote is also confirmed by the study, with concern about immigration by far the biggest driver of how people voted in the Referendum.  And in turn the study emphasises that it is often cultural concerns – such as not valuing diversity, opposition to political correctness, nostalgia – that are most associated with this anti-immigrant view, more so than economic concerns.

Public attitudes to Brexit: the referendum was more a vote for re-regulation than for de-regulation

Drawing on new polling of attitudes to Brexit, Marley Morris explores the public’s preference for different trade scenarios when faced with a number of difficult trade-offs. He concludes that, if the government wants public support for its negotiating position, it must negotiate a deal that keeps the European model close – and rejects the deregulation agenda.
The strange irony of Brexit is that the origins of the movement for withdrawing from the EU in the 1990s and 2000s have little in common with the public’s own motivations for voting Leave in 2016. The earlier campaigns for leaving the EU were at heart free-market and libertarian: they argued that the UK should break free from the protectionist shackles of EU institutions, set alight a bonfire of EU regulations, and forge new trade deals around the world. But, as we find in IPPR’s latest research, the public’s vision of Brexit is rather different. As the next stage of the UK-EU negotiations begin – on the all-important question of the future partnership – and the government is forced to confront some seemingly intractable trade-offs, it is essential to understand where the public’s priorities for the negotiations really lie.
With the help of polling company Opinium, we tested how the public would navigate a series of binary trade-offs in the negotiations – on trade and regulations, on immigration and services, on the ‘level playing field’ and state aid – to get a clearer view of their vision for post-Brexit Britain. The picture that emerged is in stark contrast to how the earlier generation of Brexiteers originally envisaged life outside the EU.

First, on regulations, we found that the public consistently favoured high employment, consumer, and environmental standards. For many of the policies which UK governments opposed at the time of their introduction and which were the cornerstone of earlier Euroscepticism – the Working Time Directive, the cap on bankers’ bonuses, renewable energy targets – we found firm public support. There was no appetite for deregulation among either remainers or leavers, and in some cases – such as the cap on bankers’ bonuses – both sides wanted tougher laws than already exist.

We also asked the public about the EU’s call for there to be a ‘level playing field’ between the UK and the EU post-Brexit, which includes requirements on aligning regulation and state aid rules. When asked whether they would prefer to align with EU consumer, environmental and employment rules to secure a far-reaching UK-EU trade agreement or instead lower standards, the public backed alignment (49%) over deregulation (28%).
On the other hand, the public showed considerably greater interest in a more activist state aid policy: when asked whether they would prefer to have greater flexibility on state aid to protect particular industries or to keep state aid limits for a far-reaching EU trade deal, 53% favoured greater state aid flexibility over EU state aid limits. On free movement, too, when asked to choose between imposing controls on EU citizens or maintaining free trade in services, our respondents showed a stronger preference for restricting immigration than for protecting services trade. The public seem more interested in using Brexit to enhance the power of the state than to roll it back.
Even on future trade deals, the public are not instinctive free-trading libertarians. While in principle the public have a clear preference for an independent trade policy – more people favour this than favour maintaining a soft Irish border – in practice there is strong opposition to any free trade agreements that lead to a race to the bottom.

The vote to leave the EU was therefore far from a call for the UK to become a buccaneering, deregulated Singapore-on-Thames; instead the public appear to expect a larger state post-Brexit, with tougher regulations on everything from environmental protections to financial policy, additional controls on immigration, and more opportunities to use state aid. The referendum was more a vote for re-regulation than for de-regulation.
Of course, this doesn’t mean that all hope is lost in the negotiations. There are models that can address the public’s priorities while protecting our economy – for instance, IPPR’s ‘shared market’ approach, which prioritises continued alignment with EU rules while allowing for the option to diverge over time.
But it does mean there is no public appetite for a rupture from the European economic and social model after Brexit. There are signs that some parts of the government recognise this: Brexit Secretary David Davis has dismissed suggestions that withdrawal will be a means of cutting loose EU regulations, while DEFRA Secretary Michael Gove has pursued a high-standards agenda in environmental policy. Yet this will mean nothing without the right deal. As the next stage of talks with the EU begin, if the government wants public support for its negotiating position it must put its money where its mouth is, and negotiate a deal that keeps the European model close – and rejects the deregulation agenda outright.
Posted by Any Human Heart at 12:39