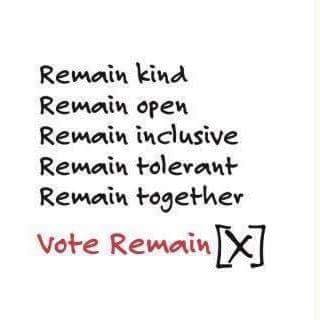 I am the old Pagan at Lughnasa
.
I look around and see hatred everywhere. The demons of hate and fear surround us. The old Right flexes its muscles and the far Right spreads loathing and fear through out the land. The effects are that as the attention of the state looks at Isis and others it turns away from true reality.. In London last years survivors of a horrendous fire are left vulnerable and ignored and the right says nothing about inequality. They are ignored because they are poor, black and asian abd have no stake in the politics or awareness of Kensington and Chelsea.

We must make clear the demons of hate and fear spreading amongst us. Long ago Carl Jung talked of the rise of ancient Archetypes in Weimar Germany..there is more than a whiff of those demons around us now.

There is a shocking ignorance of history by those who shout the most.. The origins of our culture, and the things we think and do. This historical ignorance is vast...they do not know that the Magna Carta was imposed on King John by French Knights, the glorious revolution of 1688 was imposed by Dutch Soldiers. SOVEREIGNTY IN A GLOBALISED WORLD is a myth.Farage's breaking point poster made Gove shudder.While we have turned our attention to Islamic Terrorism the far right has been ignored and they have become expert at social media, lone trolls operate bullying others, issuing threats. We have shifted back to the country of the 1970s of unthinking casual racism of
"Love Thy Neighbour".We have shifted back to far worse, to links between neo-Nazi's and the disturbed, to the realm of the banal cries of the bluekippers..There can be no compromise with watered down racism,with the language of race hate and with the humiliation of other cultures and groups. 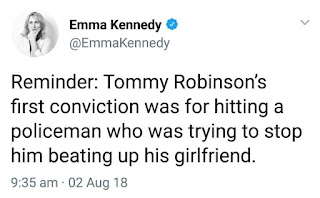 It is nearly mid summer and the sun shines down and all it seems to do is make worse fear, hate and loathing....I listening to a report in Radio 4...one third of those being watched belong to the far right. Darren Osbourne said racist things, expressed hatred and was abusive to Muslims. We need a prevent strategy to challenge the radicalisation of the far right. The legacy of Brexit still effects us. Research from Ipsos Mori show that the Tories gained the highest working class voted for 40 years. The forces of reaction and progress face one another...there is much to do. The threat does not fade ..


What harvest will we reap?

The last Celtic Feast day of the year is Lughnasa, the harvest festival named after the Celtic God Lugh. God of the sun, light and harvests, Lugh was a great warrior. According to the Ulster Cycle he fathered the legendary Cú Chulainn and is linked to a number of sites in Ireland. Lugh spent part of his childhood in the Isle of Man where he was trained by Manannán mac Lir, said to be first ruler of the Isle of Man. Legend has it that Lir fostered and trained Lugh on Man before Lugh was sent back to Ireland. Lugh is always portrayed as youthful, handsome and athletic.
Traditionally celebrated on the first of August, Lughnasa is the fourth and last of the Feast days of the Celtic year. The three Celtic Feast days preceding Lughnasa include the Celtic New Year of Samhain (Halloween) on November 1st, Imbolg on February 1st which has become the Feast Day of St. Brigid but was originally the day of devotion to the Celtic Goddess of the same name and Beltane celebrated on 1st of May. Beltane is viewed by most scholars as being unique amongst the Celtic feast days in that Beltane observances have survived in essentially archaic form in to modern times due in part to its simplicity in that the celebrations historically included the lighting of bonfires.
Lughnasa is the least known of the four feast days and is described by James MacKillop in his “Dictionary of Celtic Mythology" as follows:

Lughnasa may be the least perceptible in the industrial, secular society, but we know more about its ancient roots than any of the other three. The significance of Lughnasa began to fade and the date on which the shadows of the ancient harvest festival was celebrated began to be moved to suit its connection with modern, often Christian, celebrations observed at about the same time of year. The Christian Church did not oppose the continuation of the festival marking the beginning of the harvest…..but the different names applied to it obscured its pagan origin.

Craggaunowen, Pre-Historic Park
Although today the least recognised of the four Celtic feats Days, there are observances of Lughnasa surviving into modern times albeit a Google search for Lughnasa Festivals does not yield much.  There is a Lughnasa Festival in the open air museum of Craggaunowen in Ireland’s County Clare which features “...a unique glimpse of what living conditions were like for Celtic families...”, and which also features unrelated re-enactments of adjudication through the Celtic Brehon Law. And then there is a Lughnasa Festival at Carrickfergus Castle in Ireland’s County Antrim. The description from the Carrickfergus Festival website gives credence to the voracious appetite of the early Christian church to co-opt and absorb Celtic feast days into Christian observances:

Traditionally, Lughnasa was also characterised by dancing and the wearing of berries and fruits, but it's not all pagan ceremony and Celtic heritage, for in Medieval times the Christian church embraced Lughnasa wholeheartedly, making it the day on which the fields were blessed in order to ensure a fruitful year after the winter's retreat.

Such clear links between the continental and insular Celts (Irish) are rare. This endorsement from the Coligny Calendar of Irish antiquity’s inheritance from earlier antecedents, added to the extensive texts and critical prestige of early Irish tradition, has meant that commentators prefer the classical Irish names for four of the calendar feasts.

Re-assembled Gaulish Coligny calendar tablet, which was found in Coligny, Ain, France near Lyon in 1897
The connection between the four feast days as we recognise them today and ancient Celtic religious practices is illustrated by the famed Coligny Calendar which records the important dates in the Celtic year. This artefact, unearthed in France in the late 1897, and which dates from about 200 AD, was created by the Celts of Roman Gaul. There is speculation that the calendar was created by Gaulish Druids to preserve the Celtic religious calendar at a time when Gaulish Celtic culture began to be submerged into the Roman way of life, three centuries after the rape and subjugation of Celtic Gaul by Gaius Julius Caesar.

Find out about Tuatha Dé Danann
Another article on Lughnasa and the other great Celtic feast
Posted by Any Human Heart at 12:37