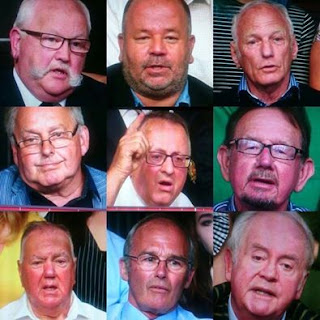 Gammon on the wing.. nearly two years from June 23 2016
(Noun/mass noun): A term used to describe a particular type of Brexit-voting, middle-aged white male, whose meat-faced complexion suggests they are perilously close to a stroke.
The term 'gammon' is linked to the unhealthy pink skin tone of such stout yeomen, probably because of high blood pressure caused by decades of 'PC gone mad', being defeated in arguments about the non-existent merits of Brexit and women getting the vote.
Gammon often make their appearance on BBC's Question Time jabbing their porcine fingers at the camera while demanding immediate nuclear strikes against Remain-voting areas, people who eat vegetables and/or cyclists.
When gammon appears en masse it is often referred to as a "wall of gammon".
Did you see Question Time last night? It was absolutely rammed with gammon.
Some random gammon started posting "Ingland 4 the Inglish! granit brexit now" all over my mum's Facebook.
Oi, gammon, pipe down or you'll do yourself a mischief.
#gammon#brexit#wall of gammon#bellendery 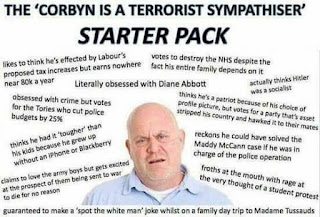 On one side it's about being tolerant, respecting and celebrating the diverse and the different. It's about learning about different lifestyles, understanding different cultures. It's about knowing about history, literature. It's about knowing our true history, where we came from, the good and the bad things we have done. It's about realising that we are a nation that has welcomed and learnt from different people and the things they have learnt from us..
It's about learning from the Philosophers, the thinkers and the scholars who have brought their thoughts, awareness and speculation to us. It's about realising that we all came out of Africa. It's about understanding that the causes of Migration are the selling of arms. Of propping up tin pot dictators, of the hunger for scarce resources and of climate change. A real debate on migration would involve all these things. It would be about what we can do and not about our fears
It's about realising that the Christian, Muslim and Jewish religions all stem from an Abrahamic root. That Jesus Christ was dark skinned, that the disciples were ordinary people, that many teachers like Jesus Christ roamed Palestine under the Romans. The choice we face is a challenge to our prejudices, knowledge and our perception of others both culturally and psychologically. It's about challenging the assumptions and agenda of the right wing press. I see the Welsh fans thrilled to be there and I think of the contrast with the English fans, chanting, racist, xenophobic things. I see the difference..its so clear.

I end today's speculations with the words of the Magnificat (Luke 1:46-55)
“he has scattered the proud in the thoughts of their hearts;
he has brought down the mighty from their thrones
and exalted those of humble estate;
he has filled the hungry with good things,
and the rich he has sent away empty.
And of the Prophet Amos much loved by Martin Luther King
Amos 5:24New King James Version (NKJV)
24 But let justice run down like water,
And righteousness like a mighty stream.

The decision taken on June 23 2016 will decide if we are an outward looking, tolerant country or a narrow, frightened, prejudiced place unaware of our history, our culture and our origins. Beware if you are poor, a single parent. Someone who who is different. I have sensed the anxiety and fear on the faces a sign of fear of the varied peoples of St Helen Road in Swansea. They are surprised if I smile at them or thank them. I know where the root of this fear begins........
For the pigs or gammons on the wing there is a long way to go and their brutal morning will come soon......as for me I am just watching for pigs on the wing..and gammons too....
Posted by Any Human Heart at 12:29