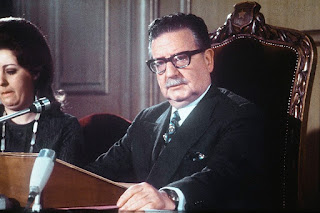 I reflect in this heat on the lives of Pablo Neruda and Salvador Allende... I reflect on the capitalist society we live in. I think of the narrow bleeds of the right smearing it ask ...when has socialism worked? I think of Allende and the genial Neruda murdered by Thatchers friend Pinochet . What dies it take for us to realise that it worked in Chile and is working in Portugal. The capitalist system is unstable and even those made wealthy by it realise that they stand permanently on the edge of the abyss that it shows them. It's wiles often threaten them by technological change. When those who own but do not work ate as insecure as those who work but do not own we know that the system is rotten. 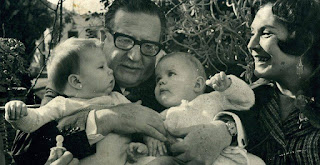 We know now how insecure the business interest is becoming over Brexit. Delivering Brexit bacomes a wedge between the Tories and the business interest. The contradictions grow as many see what is coming. There us an alternative and socialism becomes more relevant and valid. We know that the market is not the same as capitalism. We know that ownership by the workers is the true key to it's development. We know that the free movement of capital cannot exist without that of labour.
As the Tories realise that there is nothing left to sell off, as we realise that the pygmies of the Maybot government are seen as base, empty and narcissistic there has never been more of a need for a socialist economy. Marx long valued the skilled worker creating and owning their own surplus. Allende and Neruda your inspiration is needed now....we live in a stagnant country with a vile purple and purile government.Socialism will bring the "passion" and the justice needed. But just as Allende and Neruda were the victims of capitalism there will be many more.. but a new world is being won as all that was once solid melts into air...as both Trade Unions and business issue a joint statement ..we know that change begins...be afraid Tories be very afraid.. 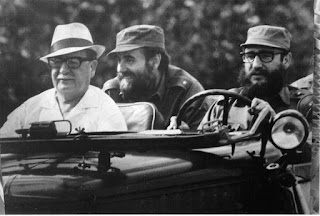 Let us  we remember Salvador Allende, Latin America's first elected Marxist leader, who was born on this day in 1908. 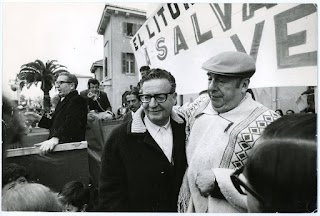 However, all the socialist policies that were benefiting the majority of Chileans were cut short when a powerful U.S. backed military general, Augusto Pinochet, brutally overthrew the democratically elected government. Salvador Allende refused to give up power in the coup and stayed inside the presidential palace where he committed suicide rather than let himself be captured.
Posted by Any Human Heart at 12:30