Courses starting next week at Asclepius Culture, thought and literature........ 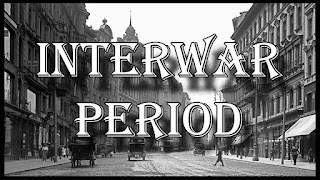 Those living in the city, and increasingly those living outside the city, were exposed to new forms of mass media in the interwar period, which sparked a transformation in popular culture. Given that cinema and radio were regarded by many as forms of entertainment, you might well ask why I have applied the label ‘popular culture’ rather than ‘leisure’. First, this is because the term ‘leisure’, and its use by historians, suggests that people in the past neatly divided their time into periods spent in work and in relaxation. Work hours became shorter and more regulated for many (for example, those in industrial and white-collar employment) across Europe in the first decades of the twentieth century, but there were several groups for whom the segregation of work and leisure time did not apply, including women and the unemployed. Second, the term ‘popular culture’ highlights the relationship between these phenomena and the way in which its consumers saw the world around them. Third, it is necessary to distinguish between these popular entertainments, which were available and often patronised by all, and the cultural products of the intelligentsia, often referred to as ‘high culture’ and typically inaccessible to many ordinary people because of their price or their form. (For instance, we could group a substantial amount of the output from the artistic movement of modernism, referred to earlier in this course, in this category.) However, we would do well to remember too that the participation of ‘cultural elites’ in popular culture meant that these entertainments and the themes or messages that they promoted had some impact on the creativity of the avant-garde.

In what ways was popular culture transformed during the interwar years? First, and most obviously, it was transformed by technology, so that it is possible to refer to a process of modernisation at work in the entertainments enjoyed by the people. Radio was a new invention; film had existed before the First World War but took off dramatically after 1918, and the introduction of sound further increased its appeal in many countries during the 1930s. Popular culture was thus experienced in new ways. But be aware that the new media did not always replace older entertainments that survived from the nineteenth century. Second, the growth of the middle class, combined with an increase in the spending power of many urban workers and changing methods of production and dissemination, which drove down prices and increased the ability to cater for large audiences, led to the emergence of ‘mass’ audiences for many phenomena. The 1920s and 1930s formed a key moment in the development of mass culture – entertainment made for the people but not by the people. However, as you will see below, you should be wary of the term ‘mass culture’ because audiences often continued to be fragmented in various ways by age, class and gender, and audiences, as paying consumers, continued to have some role in the creation of popular culture. The authenticity of popular culture was challenged but not eradicated. Similarly, it is worth noting the impact of the rise of modern totalitarian regimes, especially those that publicly decried modern forms of leisure and promoted traditional lifestyles. As was evident in the material on modern Berlin that you explored in Activity 3, there was no clear anti-modern rhetoric: instead, regimes such as Nazi Germany, Fascist Italy and Soviet Russia recognised the possibilities offered by mass media in their pursuit of mass politics, particularly for propaganda purposes. 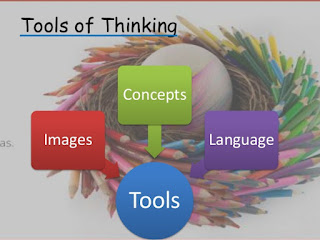 Five Main Tools of Thinking in Human being are as follows: a. Images b. Concepts c. Language d. Symbols e. Brain.
Human being is capable of thinking. Thinking process requires certain aids which are called as tools of thinking.
These tools are:
a. Images:
Image is a mental picture formed in the mind in the absence of stimulus. This takes place when we try to remember the experience of stimulus. We are able to think on the basis of these images.
b. Concepts:
Thinking always takes place by using the concepts in the mind. Without concepts there cannot be thinking, because everything around us is recorded in the brain in the form of concepts.
c. Language:
In thinking we not only use concepts, but also language. Generally we think in our mother tongue or the language which is very familiar to us. Our thinking will flow like stream because of language.
d. Symbols:
Symbols like national flag, national animal, logo of a game or organisation, etc, are symbols of certain things. We use these symbols while thinking.
e. Brain:
Finally it is the brain which is the seat of all mental processes. Since thinking is also a higher mental process, the role of brain is crucial. All our experiences are stored in the brain as engrams. Our thinking takes place on the basis of these engrams. Hence, it is quite obvious that brain is an essential tool of thinking. 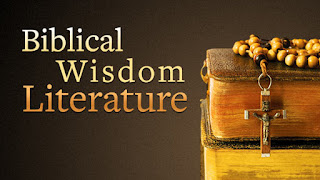 What Is  Biblical Wisdom Literature?

he Wisdom books in the Bible, in their probable order of writing, are Proverbs, Job, Ecclesiastes (also called Qohelet), Ben Sira (also called Sirach or Ecclesiasticus), and the Wisdom of Solomon. The first three are included in Jewish and Protestant Bibles. The Septuagint and the Bibles of the Eastern Churches and the Roman Catholic Church include all five books.
These books were probably written by sages, what we might call “the Israelite intelligentsia.” Scholars debate whether there was a group of sages, as distinct from (for instance) prophets or priests, or a general intellectual movement among the Israelite elite but no distinct group. The sages also served as diplomats, palace bureaucrats, counselors, advisors to the king, educators, and scientists. The sages wrote and edited the Wisdom books over the course of almost a thousand years.
Scholars identify three different types of wisdom that run through all five Wisdom books:

• Village wisdom/folk wisdom characterized by short, pithy statements, with examples drawn from nature and framed as instruction from parents to their children, as in Prov 20:4.
• Royal wisdom from one of the Israelite capitals, instructing junior bureaucrats on the intricacies and treachery of palace politics, as in Prov 23:1-3.
• Theological wisdom of deep reflection on the most controversial of theological topics, such as: Is there a God? If there is a God, why do such awful things happen? (Eccl 3:19-21)

The sages had two sources of information about life: the natural world and their Wisdom tradition. Unlike prophets and priests, the sages believed that God wove important principles into the fabric of the universe, which careful observation could discern. For example, many sages believed in a balanced universe in which the good are rewarded for their goodness and the evil are punished. These two sources were in tension at times; human experience showed that sometimes good people suffer and evil people sleep peacefully. The sages agonized over the contradictions in their system and took different sides in their debates.

In the book of Proverbs, we can see a great Wisdom debate about whether God could be trusted in the governance of the world and whether God was predictable or unpredictable. Most of the authors of Proverbs said that yes, God could be trusted. But the sages understood this confidence differently. Some argued that a careful practice of Wisdom principles (honest speech, hard work, marital faithfulness) would lead to a happy, prosperous life. Others argued that although God's governance of the world is flawless, humans can never be sure of God’s action: even if you followed the right path, bad things could still happen to you (Prov 16:9).
The sages believed that things happen for reasons and that humans are able to figure out the workings of the universe. The prophets, in contrast, believed that God gives divine knowledge to select humans thorough dreams, visions, ecstasy, and divine appearance. Yet some of the sages felt outrage because their expectation was that the universe should make sense, but in their experience it did not.

The Twelve Prophets and Wisdom Literature
The Twelve, also called The Twelve Prophets, orThe Minor Prophets, book of the Hebrew Bible that contains the books of 12 minor prophets: Hosea, Joel, Amos, Obadiah, Jonah, Micah, Nahum, Habakkuk, Zephaniah, Haggai, Zechariah, and Malachi. In most other versions of the Old Testament, each of these 12 is treated as a separate book (e.g., the Book of Hosea), but in the Hebrew Bible they are consolidated into one book that is the last of eight books in the second division of the Hebrew Bible, known as Neviʾim (q.v.), or The Prophets

The seven Sapiential or wisdom books included within the Septuagint, along with Psalms, Proverbs, Ecclesiastes, Song of Songs (Song of Solomon), Job, and Sirach, and is included in the canon of Deuterocanonical books by the Roman Catholic Church and the anagignoskomenona