A Monday in October 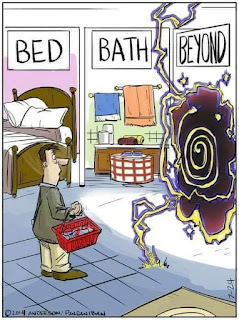 It's dark at the bus stop this morning winter hints it's presence. Further towards the Mediterranean the Portuguese Socialists triumph with Coebynista politics. As the Tactical Support unit defends Downing Street the Extinction Rebellion begins. An authoritarian right wing state uses a battering ram to break into a warehouse. In Berlin and around the world climate activists swing into action. This is the crisis that is coming and only socialism can stop it The world is bad tempered and people are troubled as we hear of Far Right Hungarian envoys at Downing Street and speculations run riot. Around the world Trump, Modhi and Erdogan posture and decline in power.

It's as if we are moving to a single point beyond which the future is unknown or unknowable.. Rumours, theories and speculations run wild and peculiar. Some speak of a December or February General Election others of a state of emergency or wilder days. The pattern of each day is different and what was once certain no longer applies and what was uncertain, wild and weird becomes likely. As the British Constitution is shown to be an anachronism and our political parties of the right and centre become irrelevant to the solutions necessary.

We find ourselves confused and uncertain. The myriad lens of solutions confuse us while the simplistic single lens of the far right engulfs and possess a third of the population As it becomes clearer to many of us that only Socialism or Barbarism is the choice now; gammon multiplies and the struggle shifts on to another point. What will the week bring?
On Radio 4 I hear of retired doctors and other professionals turn away from the safe conservative ways of their past and turn to direct action through XR. As the police are concentrated in London XR rebellions and actions start up elsewhere. We await the police response and I hear a right winger moan about criminality. As XR have an vast amount of arrestables the system is creaking and cracks appear..It's an other autumnal day as the X6 moves through the rain through Ystalefera .good morning...
Posted by Any Human Heart at 13:36