Over 40 years ago I discovered the poetry of Dylan Thomas. My English teacher at Dynevor School in Swansea would not teach it as he claimed it was too difficult. At that time I was in a relationship with a woman who was studying Dylan Thomas for A level.  It might have been my hormone soaked mind and body that saw the Psychoanalysis and raw Lacanian Sexuality within the poetry. I discovered some weeks ago several books by Dr Rhian Barfoot that intellectually and analytically  provided an approach to this aspect of this works of Thomas. I am now 61 and can look back over the events of the late 70s. I recommend Rhian's books as an important analysis of the poetry that provides far more than narrow aspects of Chapel Culture that Thomas despised so much. 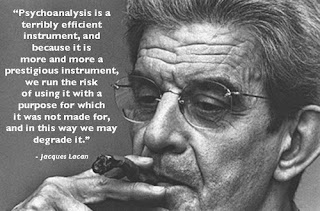 Dr Rhian Barfoot is an honorary research associate of C.R.E.W (The Centre for Research into Welsh Writing in English) at Swansea University. Her research interests include modernist and postmodern poetry and poetics, Anglo-Welsh literature and critical theory.


Before I Knocked - Poem by Dylan Thomas

Before I knocked and flesh let enter,
With liquid hands tapped on the womb,
I who was as shapeless as the water
That shaped the Jordan near my home
Was brother to Mnetha's daughter
And sister to the fathering worm.

I who was deaf to spring and summer,
Who knew not sun nor moon by name,
Felt thud beneath my flesh's armour,
As yet was in a molten form
The leaden stars, the rainy hammer
Swung by my father from his dome.

I knew the message of the winter,
The darted hail, the childish snow,
And the wind was my sister suitor;
Wind in me leaped, the hellborn dew;
My veins flowed with the Eastern weather;
Ungotten I knew night and day.

As yet ungotten, I did suffer;
The rack of dreams my lily bones
Did twist into a living cipher,
And flesh was snipped to cross the lines
Of gallow crosses on the liver
And brambles in the wringing brains.

My throat knew thirst before the structure
Of skin and vein around the well
Where words and water make a mixture
Unfailing till the blood runs foul;
My heart knew love, my belly hunger;
I smelt the maggot in my stool.

And time cast forth my mortal creature
To drift or drown upon the seas
Acquainted with the salt adventure
Of tides that never touch the shores.
I who was rich was made the richer
By sipping at the vine of days.

I, born of flesh and ghost, was neither
A ghost nor man, but mortal ghost.
And I was struck down by death's feather.
I was a mortal to the last
Long breath that carried to my father
The message of his dying christ.

You who bow down at cross and altar,
Remember me and pity Him
Who took my flesh and bone for armour
And doublecrossed my mother's womb.

Rhian Barfoot is co-editing a collection of critical essays to be published by University of Wales Press. The collection emerges from the Dylan Thomas centenary conference held at Swansea University in 2014.

Rescuing a Poet from Psycho-Sexual Servitude 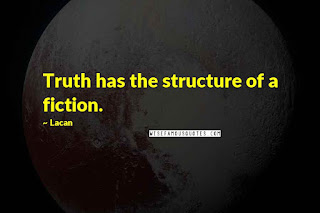 Throughout the history of Thomas’s critical reception, psychoanalytic interpretations have been applied that have privileged the psychosexual over the psycho-linguistic elements of his work. The wealth of sexual and pseudo-sexual imagery has acquired a negative charge, and has been used to evidence claims that Thomas was the epiphon of his own disturbed psyche, thus reducing the poetry to the expression of the poet’s schizoid neuroses. Avoiding the biography-based approaches that have dominated hitherto, Liberating Dylan Thomas rescues his early poetry from the position of servitude to the discursive mastery of psychoanalysis. Placing the poetry and psychoanalysis together in a mutually illuminating dialogue, this book clearly demonstrates the ways in which the vital connection between post-Freudian psychoanalysis and Thomas’s early poetry can be articulated without reductive simplification.

‘Rhian Barfoot’s ground-breaking study is a timely reminder of the burning relevance of Dylan Thomas, both to a fuller understanding of Anglo-Welsh and British twentieth-century poetry, and to literary studies more generally. Barfoot is the first scholar to bring psychoanalytic theory to bear on Thomas’s early poetry in a way that does not reduce it to social or personal pathology, and the result is a series of brilliantly insightful readings that do justice to its serious play; the reading of ‘To-day, this insect’, for example, is the best I have ever read. By scrupulously attending to the interaction of mind and language, Barfoot’s account reveals the inner workings of Thomas’s ‘revolution of the word’ and marks an important step towards understanding how Thomas’s ‘intricate images’ truly work, to liberate both the reader and Thomas himself.’
– John Goodby, Editor of The Collected Poems of Dylan Thomas

“A writer of words, and nothing else

Paperback - 9781786835208 eBook - epub - 9781786835222 eBook - mobi - 9781786835239 eBook - pdf - 9781786835215
Dylan Thomas’s reputation precedes him. In keeping with his claim that he held ‘a beast, an angel, and a madman in him’, interpretations of his work have ranged from solemn adoration to dubious mythologising. His many voices continue to reverberate across culture and the arts: from poetry and letters, to popular music and Hollywood film. However, this wide and sometimes controversial renown has occasionally hindered serious analysis of his writing. Counterbalancing the often-misleading popular reputation, this book showcases eight new critical perspectives on Thomas’s work. It is the first to provide in one volume a critical overview of the multifaceted range of his output, from the poetry, prose and correspondence to his work for wartime propaganda filmmaking, his late play for voices Under Milk Wood, and his reputation in letters and wider society. The whole proves that Thomas was much more than his own self-characterisation as a ‘writer of words, and nothing else’.

When I was a windy boy and a bit
And the black spit of the chapel fold,
(Sighed the old ram rod, dying of women),
I tiptoed shy in the gooseberry wood,
The rude owl cried like a tell-tale tit,
I skipped in a blush as the big girls rolled
Nine-pin down on donkey's common,
And on seesaw sunday nights I wooed
Whoever I would with my wicked eyes,
The whole of the moon I could love and leave
All the green leaved little weddings' wives
In the coal black bush and let them grieve.

When I was a gusty man and a half
And the black beast of the beetles' pews
(Sighed the old ram rod, dying of bitches),
Not a boy and a bit in the wick-
Dipping moon and drunk as a new dropped calf,
I whistled all night in the twisted flues,
Midwives grew in the midnight ditches,
And the sizzling sheets of the town cried, Quick!-
Whenever I dove in a breast high shoal,
Wherever I ramped in the clover quilts,
Whatsoever I did in the coal-
Black night, I left my quivering prints.

When I was a man you could call a man
And the black cross of the holy house,
(Sighed the old ram rod, dying of welcome),
Brandy and ripe in my bright, bass prime,
No springtailed tom in the red hot town
With every simmering woman his mouse
But a hillocky bull in the swelter
Of summer come in his great good time
To the sultry, biding herds, I said,
Oh, time enough when the blood runs cold,
And I lie down but to sleep in bed,
For my sulking, skulking, coal black soul!

When I was half the man I was
And serve me right as the preachers warn,
(Sighed the old ram rod, dying of downfall),
No flailing calf or cat in a flame
Or hickory bull in milky grass
But a black sheep with a crumpled horn,
At last the soul from its foul mousehole
Slunk pouting out when the limp time came;
And I gave my soul a blind, slashed eye,
Gristle and rind, and a roarers' life,
And I shoved it into the coal black sky
To find a woman's soul for a wife.

Now I am a man no more no more
And a black reward for a roaring life,
(Sighed the old ram rod, dying of strangers),
Tidy and cursed in my dove cooed room
I lie down thin and hear the good bells jaw--
For, oh, my soul found a sunday wife
In the coal black sky and she bore angels!
Harpies around me out of her womb!
Chastity prays for me, piety sings,
Innocence sweetens my last black breath,
Modesty hides my thighs in her wings,
And all the deadly virtues plague my death!