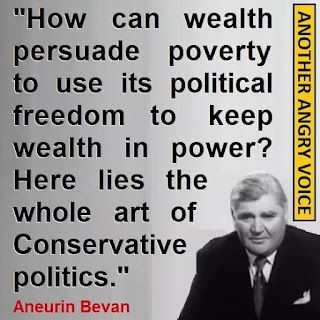 17 days till polling . The political activists I know are tired but are driven on by sheer determination a.nd passion. We scan social media from every poll to every statement. We collect leaflets, we knock on doors, our phones are continually on charge. The tweets are retweeted and written . We are merciless with our political opponents and we push our friends into putting up posters. We lo k onto data and pull apart the analysis of polls, policy and pretence. I find my inner Bolshevik and release him into the great sea of politics. He is obliging and savage I excuse weakness and ignorance amongst my own side and mercilessly expose it amongst opponents .


There are two days to go to register to vote. I search out people to register. I nag people I know to find more. The obssessional traits of the political activist us in full flood and full power.
I note the Fib Dems wilting in the heat of the campaign. He first blocks me then decides not to so that my posts can be observed. He has spent the first few weeks of the campaign posting inane stories alleging everything from anti Semiticism to Corbyn being everything wicked and who has caused every ill since the world began. I note if you fight back the Fib Dems crack and out comes their shadow as brutal and vicious as any Tory. I noticed that when Jo Swindleson was confronted on BBCQT her "brass knecked" shadow flickered like a balrog across her arrogant face. My inner "Bolshevik" is milder, more determined and more controlled but more far more resilient. As the youth vote registering turns to a flood, as three million WASPI women women peel off and head to Labour my inner logical observer and my socialist heart seek balance between themselves. The days run down to December 12th and it's difficult to see beyond. The inner shadows and demons of prejudice and hate are unleashed as the Tory Party turns it's claws to its enemies. There is no middle ground, there never was and the Fib Dems who have been moving to the right now for twenty years choose the market and the defence of property. They revert to a Whig versus Tory model and the rest of must simply choose between socialism or barbarism. I turn back to the campaign my words run out as I look for more data, more polls and more policies it's a wet Monday as the X6 heads to Swansea...
Posted by Any Human Heart at 13:17