Of Ephraim Mirvis and the Scapegoat political projections and displacements 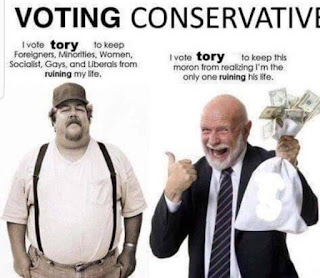 . I am two generations from being Jewish. My fathers mothers maiden name was Elias when her ancestors came flering from the wrath and anti semeticism of Ferdinand and Isabella of Spain changed their name from Eli. There is Irish ancestry too yet it was my mother's generation who obscured and hid the Irish link. It came from an age of 'No blacks and No Irish" and my great Grandfather an Irish migrant was hidden from view. The chief Rabbi forgets or seeks to obscure the rantings of the Daily Mail against Jewish migrants in 1900 and of their opposition to those fleeing the Nazi Party. When two thirds of the Tory Party believe the conspiracy theories of the far right the Chief Rabbi needs to wake up.It is economic inequality that stirs anti semiticism and islamophobia. It is the wealthy and powerful who search for the scapegoat and blame the other. 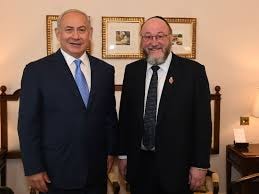 The right wing Ephraim Mirvis defends privilege and inequality and by supporting the Tories he feeds racist thought and outlook. Those who support the political right clearly have learnt nothing from the lessons of Jewish history. From Marx to Freud and onwards the observations are clear. Four people, all Jews, leave their thought across the the Western World. Jesus Christ, Freud, Marx and Trotsky stand like giants in their influence. Len Mars my Antropoligist tutor long talked to me of the role of the "professional outsider" of Jewish social scientists. O Those who stand outside of mainstream society are often best able to see blind spots and hidden prejudices. Such is the role of the Jews, the Irish, and all those who came fleeing for their lives . Those who suffer exile see far more and feel far more. Those who are persecuted and have family and friends murdered often find that the experience of persecution blinds them to their own shadow and protections. In the cycle of persecutors, persecuted and rescuer many demons of hate and xenophobia are released into the world. The Jewish concept of the scapegoat tells us much and should remind us more of the psyche of the Chief Rabbi and his Freudian and Gramscian defence mechanisms. As those registering to vote is 40% up on 2017 and Labour close in on Uxbridge and Chingford the establishment feels fear. Beware Ephraim Irvis the qliphotic demons of Kaballah that you dance with. Scapegoats are many and varied and when one looks into the abyss the demons look back and see your soul. Is it not odd now that once Labour rises in the polls their are less opinion polls published.. .