A day in the life of an activist. 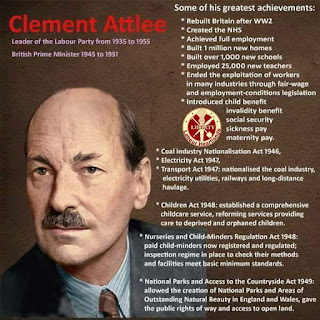 A day in the life of an activist....the morning bus ride to Swansea and late afternoon journey back are crucial times in the social media struggle of an election campaign. Then there are the phone calls and texts, e mails and conversations. As the days count down to December 12 I find each day becomes a little more frantic and a little more tense. Each day more dire wolves and little birds are recruited, more off the record hints, whispered conversations reported and speculations turned wild. The Momentum Digital machine fires on full cylinders and new links with #Torystory tell more of the suffering of many at the hands of the DWP . All over the land there are many like me, bloggers scribling, tweeters tweeting and communicating. Each knows their opponents, each countering their arguments and educating, informing and sharing. Our messenger lists grow longer our contacts grow and we scour the internet for the entrails of opinion polls and anecdotal stories that support us. I share, inform, hint and allude in varying degrees to various people in numerous places across the day. I ask, question, suggest and explain policy, interpretations and perspective. Taxi drivers, fellow travellers at bus stops and work colleagues and clients provide hints of the hidden, the unconscious and the currents flowing through the political milleau that surrounds us all.


All over the county there are many mothers having similar days. We listen to the media in all its forms. Today I hear that in rock solid Republican Kentucky a Democrat triumphs in an election for governor. The Trump impeachment probability grows in certainty . Another day, another challenge, more things to share . Thirty six days and counting....on with the struggle


Political thoughts on a datk Tuesday bus ride home.. As the election moves on I continue to think back on a comment made a few months ago. I made the point that while Jo Swinson is a woman but not a sister. She claims sexism and raves about six white men . Yet she is a woman who voted with Tory more times than Michael Gove. She supported the bedroom tax, empowered austerity and called for a reduction in minimum wage. She contributed by support for benefit cuts to the early demise of 120,000 people. Yet she pretends to be a victim rather than an empowerer of oppression and explotatation. As Yanis Varoufakis says the Fib Dems are deserving of contemot for their actions in promoting austerity and in defending unequal ownership of prosperity. The main issue of this election is not Brexit but austerity and the economic attitude of neo liberalism. I am but sorry Miss Swinson your pathetic cries of victimhood come from a position of privilege and not weakness. And as you deceive more and more about bogus polls stretched data and invented facts you are found wanting.
As Jacob Rees Mogg looks down on the "common sense" of the Grenfell victims we realise how equally out of touch he is to ordinary people. As the government refuses to release information about Russian interference in the EU referendum of 2016. We see out of touch both parties are
My Dire Wolves inform me that the hapless Conservative candidate for Gower is no other than the daughter of that torch of that well known 'liberal' Councillor Richard Lewis of the Gower and former Fib Dem, Consservative and Independent Councillor. One wonders if indeed prejudice is indeef genetic or rests in conditioning in origin. As we glance at two women who are not sisters and one man belonging to a theocratic outlook we see just how out of touch the Lib Dems and the Tories are.
I am also told that on Thursday we shall discover the exact nature of the pact between Plaid, the Fib Dems and the Greens . I have a great deal of respect for the Ecosocialists of Plaid and of the Green Party yet I also know that many of them feel a great sense of unease about their erstwhile compatriots of Swindleson et al. It has always occurred to be that both the Green Ecosocialists pf Plaid and Plaid Werdd Cymru have more in common with a reformed and Socialist Welsh Labour Party. The tragedy in Wales is that the Ecosocialists are wore a out amongst three parties and have differences on the viability of the route to Welsh nationhood and independence. However each would be a source of creativity and criticism of the other and for the other. A socialist and green Wales could well blossom from the souls and philosophy of the Greens, Plaid and of the Labour left. As the bus winds slowly through Swansea I reflect on possibilities and permutations of parties over the next thirty or so years. And it is essential above all that both the Welsh Greens and sections of Welsh Labour understand that Wales is a nation worthy of its own future and role. Scotland is about to go, Ireland will be unified.. what say you of Wales?
.
Posted by Any Human Heart at 13:34