Of Bill Brand and Harry Perkins 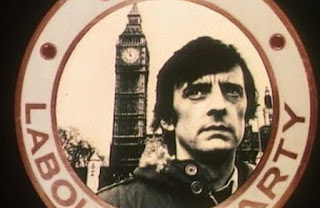 Of Bill Brand and Harry Perkins ..Two fictional characters stand out in my observations and experience of being a Labour Party activist. The first Bill Brand written in  the 70s prior to the formation of the SDP and the other Harry Perkins from the book and the TV series "A Very British Coup" written in the 80s. You have to have experienced the Labour Party in all of its glories, shadow and Id to appreciate the subtlety and understanding of both programmes. You also need to have experienced the parties enemies and it's right-wing to spot characters in both programmes. In a very British Coup a right-wing Trade Union leader called Reg Smith is a dead ringer for Ian Austin. In a British Coup he says in mock surprise that he never thought he would be agreeing with the leader of the Tory Party. Ian Austin and his compatriot John Woodhouse have a strange concept much beloved of the Teresa May of the "patriotic working class" who knows their place and have no truck with feminism or identity issues. They have no awareness of ecosocialism or indeed a desire to transform society in a socialist direction. 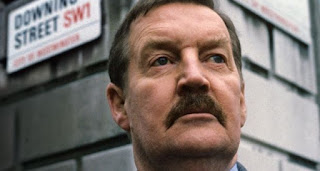 .https://en.wikipedia.org/wiki/A_Very_British_Coup
Bill Brand describes the challenge of being a socialist within the Labour Party. Yet the modern Labour Party under Corbyn is the Labour Party that Brand would have long wished for. It has also has become the Labour Party that I have long wished form. A few weeks ago I discovered the Bill Brand series was available on DVD and watched it again. The series is very dated in some ways but very relevant and pertinent in others. Bill Brand realised that the rules of late capitalism had to be challenged and we can see this in Labour's Green New deal and of McDonnel's economic policies. In both series we see the enemies of a socialist Labour Party so active during this general election. Both within and without the deep state, the media and the right of the Labour Party are so well described in both "Bill Brand" and "A very British Coup". For Jeremy Corbyn observe the character of Harry Perkins and as for Lawrence Wainwright I will let you decide. It's true that literature and drama offer us much opportunity to predict and describe the world we see and experience. After all these years Bill Brand and Harry Perkins have much to tell us. Five weeks today we will all know which path and which series was prophecy and not imagination. As for me, I was touched to discover that one of my right wing critics within the party had described me as the Seumus Milne of Ystradgynlais Labour Party. I think I am happy with that but as for Harry Perkins and Bill Brand I am waiting still to discover who will have the last laugh. It's Friday thank goodness...venceremos...