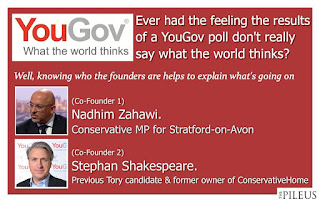 The Tories are falling as a new 1945 begins...I begin to sense on the horizon something profound and long in coming. I sense a whiff of 1945. It's still vague and unclear and with it a new Attlee about to appear. Since the launch of the Labour manifesto nearly a week ago I have perceived a flavour growing more substantial and less ephemeral as the days have gone by. Today's electric revelation of 451 pages of American corporate desire is helping the ectoplasmic ghosts of high capitalism manifest. With it comes Trumpian greed and a vicious dismissal of people's rights and care. As the Fib Dems are exposed creating facsimiles of local tabloid newspapers their desperation is revealed..As fake poll after poll is revealed and Labour membership rises with its poll ratings fear ripples across the faces and sweat drops from their corporate loving arm pits. Dominic Cummings is losing of the agenda. It's easy to use Gobbels like propaganda in a Referendum but in a general election multiple events and issues arise blowing apart his Brexit election. The fear is growing and the shades of 1945 undergo rebirth.

I speak to an old friend I was at his Bar Mitzvah some 35 years ago. He explains to me that Ephraim Mervis is like a representitive of the born again Christians of the American Republican party. And while 80% of his narrow right wing group seek to 'protect" themselves from socialism that anti semeticism is an excuse. He tells me that the Jewish community is not monolithic and has a long honorable respect for the Labour Party and Jeremy Corbyn.

As Baroness Wars I says that Boris Johnson exists in a sphere of privilege where racist, sexist and homophobic tropes exist. She is precise and tells of Islamophobia that Muslims experience within the Tory party. She tells of candidates told to keep quiet or there political career will be short. She tells of pressure on Sajiv Javid to stay quiet on his call for an inquiry into Tory Islamophobia. It's electric and the black swans of events begin to land. The Tory party is buckling.

We hear stories of the Tory Party having to pay people to deliver it's leaflets when approached by others they tell people they are not really Tories that they are just doing a job. The Tories are falling and it's speeding up in as the collapse comes. What next will the desperate establishment do? Will Murdoch write of a corpse found on Corbyn's allotment? Will Mark Drakeford be alleged to be the High Priest a Satanic sect? Clearly witnessed by Neil McEvoy and one Jac o" the North and supported by the members of the alt right party Gwlad Gwlad? The beast is cornered and fading fast but it will have one more vicious strike .. 1945 is coming as political hegemony shifts. Chuka Umunna prepares to replace the hapless Swinson as the Lib Dems appear unlikely to exceed the 12 MPs they elected in 1945 or indeed 2017.

Perhaps the SNP now hinting at support for a Labour policy programme will be joined by Plaid and the Greens . The coming Labour government may not gain the 390 MPs of 1945 but other progressive parties will make 1945 come again . Socialism is coming ...#CorbynbyChristmas
Posted by Any Human Heart at 13:21