Of rough hewn farmers, the soul of Swinson and the laughter of Tories at the poor... 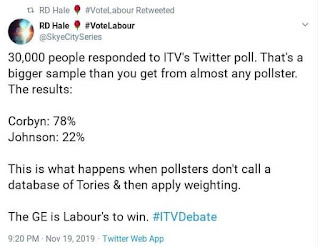 Of rough hewn farmers, the soul of Swinson and the laughter of Tories at the poor...
I heard of the defence of a certain Powys Independent Councillor that he was a 'rough been farmer unused to the formalities of committees and formal meetings" as an excuse for slapping the bottom of a fellow female Councillor. It is no excuse, it us no defence. The reality is that he felt that it was what men do do women. It shows no reflection, no self analysis and above all an unthinking assumption of masculinity. These independents are by definition reactionary and unthinking yet they form an alliance with Tories tbst rule in Powys. In fact they are interchangeable with one another and unaware of cultural change. I watch Jo Swinson in all her Luciferian ambition and coldness of a Lizard use a simple word "Yes" to accept she would incinerate millions with the use of nuclear weapons and then pretend to have a policy to protect the environment. She cares for nothing but herself and gas on her conscience a new age of austetirity. Then I hear the laughter of gammon at the right of the most vulnerable to the effects of climate change. The voice is harsh, discordant and mocking it says much and tells more. 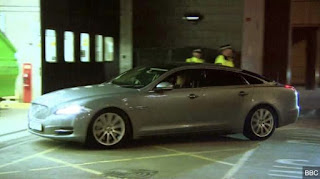 We are facing a cultural Ragnarok on December 12th. The farmer, the Swindleson and the laughter of gammon says why and why Corbyn must win. The culture wars come to a head on the full moon of December 12th. We are creating monsters and the uncaring and out of the sea of politics rises a woman free of conscience Ang fired by ambition. She reminds me of Jadis from the C.S Lewis book "The Magician's Nephew" or of Mrs Coulter from Pullman's Dark Matetials trilogy. Like Jadis she will use the deplorable word to kill millions and like Coulter play the system and maintain it for her own selfish concerns. The culture wars are but 22 days from the final event . The farmer, the soulessness of Swinson and the laughter of gammon says it all. Brexit Island is a stagnant fen. The progressives must win . Ragnarok is here and Bifrost is breaking as the giants of fear, hate and prejudice march towards battle. This is Winterfell as the night king rallies his undead hosts as a fusion of Circe Lannister, Jadis and Mrs Coulter leads the Fib Dems. In the game of thrones you either win or die and there is no middle ground. We have to win..
Posted by Any Human Heart at 13:27