I am the Old Pagan in early May 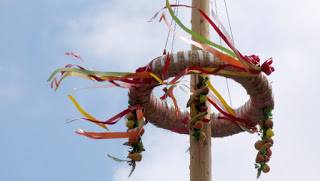