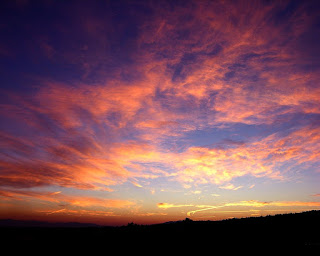 Only if mankind possessed a universally recognised goal would it be possible to propose ‘thus and thus is the right course of action’: for the present there exists no such goal. It is thus irrational and trivial to impose the demands of morality upon mankind. – To recommend a goal to mankind is something quite different: the goal is then thought of as something which lies in our discretion; supposing the recommendation appealed to mankind, it could in pursuit of it also impose upon itself a moral law …. Up to now the moral law has been supposed to stand above our own likes and dislikes: one did not want actually to impose this law upon oneself, have it commanded to one from somewhere.
Nietzsche, Daybreak. 1881
Nietzsche’s far-reaching critique of metaphysics, of philosophy’s claim to provide access to a realm of objective truth and universal values, has placed him at the centre of debates on the nature of the postmodern turn in Western thought. It is only recently, however, that any attempt has been made to examine the significance of his deconstruction of the philosophical tradition for political theory. An impasse on the question of Nietzsche’s status as a political thinker was reached by commentators adopting the practice of reading his overt neo-conservative politics back into his philosophy of power in an effort to discredit the philosophical site on which he had constructed his political edifice. Yet for anyone aware of the pivotal role that Nietzsche’s writings have come to play in contemporary debates in critical theory, poststructuralism and deconstruction, his status as a political thinker poses an enigma in need of explanation and enlightenment.
The most dangerous party member. - In every party there is one who through his all too credulous avowal of the party's principles incites the others to apostasy.
FRIEDRICH NIETZSCHE

Behind a man's actions there stands neither public opinion nor the moral code, but the personality of which he is still unconscious. Just as a man is what he always was, so he already is what he will become. The conscious mind does not embrace the totality of a man, for this totality consists only partly of his conscious contents, but for the other and far greater part, of his unconscious, which is of indefinite extent with no assignable limits. It is quite possible for the ego to be made into an object, that is to say, for a more compendious personality to emerge in the course of development and take the ego into its service. Since this growth of personality comes out of the unconscious, which is by
Jung- Psychology and reflection- CW11
Posted by Any Human Heart at 14:00