Why Conservatives are mostly stupid....but not all.

The limits of the right wing.....their self awareness and perceptions. 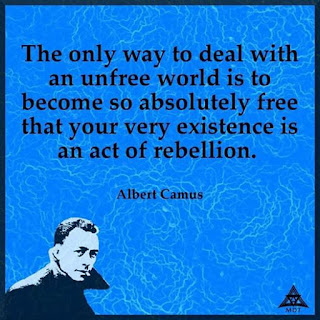 The more I see the campaign the more inane becomes the approach and outlook of the political right . The truth is that we have a clear divide between the outlook of those wishing for a whole society and those who simply say *I am looking after my own interests * . How do we characterize these individualism two out of three cases those applying these words are over 55, male, have poorer education and have traveled least. Animals will be here to be used, the earth exploited and we are masters of the world not stewards....
. They have read little and believe in something called " common sense* that is nothing more than a statistical average. They tend to lack compassion and are not interested in paradox, irony and speculation. They are very likely not to know as a friend anybody from another culture, sexuality or be transgender. They do not get that individualism is just a myth,. They do not get interdependence and they are likely to see the model of a prime-minister as being someone who dresses, behaves and talks like the last half a dozen. Their knowledge of history will be based on monarchs, great men and of the glories of the British Empire. They won't know that the political economy of a nation is different from the finances of a group or family. They will tend to believe that you can't be good unless you believe in one God. They will think that the Queen does a great job and that education is about getting a career and not about being critical. Their imagination will be more limited, they will think that conservatism or kipperism shows they are more intelligent, realistic or practical than the lefties. They will at some level feel masculine values are superior. . They will think that realism is about being selfish and they won't know the difference between Marxism and the Soviet Union yet they will see Christianity , Christ and their particular church as the same thing.. They won't speak another language, or be optimistic and they won't reflect on their flaws. They will see group behavior on the part of those they disapprove of as group think and will not be aware of the group they belong to. They may call themselves Libertarians and then say ' "well it's my view I have a right to believe it but that's cos it my view and i have a right to that." They won't recognize the metaphors, social facts and discourses that come from elsewhere. It's sad but that's how the right has been in two out of three cases. Yes there are Conservative Philosophers like Burke, Scrutiny and others but there will always be thinkers , creators, scientists and philosophers who are not. There is a simple reason and that is because all change, criticism and shattering if the status quo is rarely conservative or right wing .it's that​ straight forward. 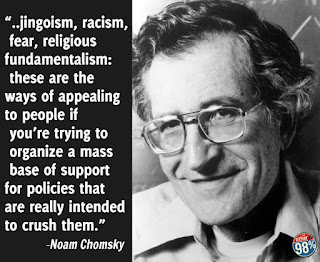 Yes there will be those who don't fit all of my prejudices and perceptions and observations from the above. I know a few who will vote Conservative or UJIP that it dies not describe but it will be a previous few....I am over 55 and male yet as I age I become more critical and radical...and I ask the question what age and awareness were two out of three leavers.. than those who voted to remain and gave simplistically be labeled remoaners ? I do wonder ..

There were three women and two men in last night's leaders debate. The women were aware of the complexities of politics and it's solutions. The two men were not , one because he did not know where he stood, what he believed or what he would do...the other male had one word he used immigration over and over again . He was crass, simplistic and even had his fellow party members put their heads in their hands. What amazes me is how strange it is that men have ever considered themselves superior and realistic. Yep Farron and Nuttal offer the best arguments for feminism I have seen for a long time. I suspect after June 8 the two male leaders will be replaced and I am not talking about Jeremy Corbyn..

Here is some interesting research from the USA


Over the past decade, several studies have shown that people who tend to hold more conservative views score low on measures of intelligence. However, it now appears that while conservatism and intelligence are negatively correlated, the link is not as strong as first thought.

Much of the previous work in this area was based on a psychological definition of conservatism, rather than a political one. The term “conservative syndrome” was coined to describe a person who attaches particular importance to respect for tradition, humility, devoutness and moderation.
Such a person tends to hold conformist values like obedience, self-discipline and politeness, and emphasises the need for social order coupled with concerns for family and national security.
A conservative person also subscribes to conventional religious beliefs and has a sense of belonging to and pride in a group with which they identify. The same person is likely to be less open to intellectual challenges and will be seen as a responsible “good citizen” at work and in society, while expressing rather harsh views toward those outside their group.
Up to 16% of “conservative syndrome” is reportedly due to low cognitive ability.
Overall, smart people tend to be socially liberal in their outlook. It was also found that countries whose citizens score low on international tests of mathematics achievement tend to be more conservative in their political outlooks and policies.

Political scientists were quick to point out that conservative syndrome belongs to what they refer to as social conservatism.
Many members of conservative political parties, both in the US and in Australia, undoubtedly subscribe to the values captured by the syndrome. But there is also a distinct group of conservative voters who do not feel strongly about such views. These are the people who are sometimes labelled as economic liberals.
Economic liberals’ beliefs are based on the idea that individuals should be free to engage in voluntary transactions with others and to enjoy the fruits of their own labour. The typical leftist socialist position is opposed to such a view.
It was pointed out that economic liberals as a group tend to be better educated than the rest of, say, Republican Party voters and sympathisers in the US. Therefore, the correlation between intelligence and political behaviour may be essentially zero or even slightly positive.
In other words, intelligence is correlated with socially and economically liberal views.

Several recently reported cross-cultural studies show the correlation between social conservatism and intelligence is lower than previously thought.
In that work, psychological scales for the assessment of conservatism syndrome were given to people from 33 countries from around the world.
It was reported there are essentially three “psychological continents” in the world today. Liberal countries are those from (mostly Western) Europe, and Australia and Canada. Conservative countries are those from Southeast and South Asia, Africa and South America.
All other countries – including the US, Russia and those from Confucian Asia – are somewhere in the middle.

The participants in these studies were also given a short non-verbal test of intelligence. As expected, conservative, below-the-equator countries had the lowest average score.
However, people from the middle range of countries had slightly higher IQ scores than those from the liberal countries. This implies that negative correlation between IQ and conservatism is not as strong as previously reported.
A reason for this finding is the standing of the middle group of countries on IQ tests. For example, East Asian countries that are not very liberal or conservative tend to have high IQ and academic achievement scores.
Another reason may be the use of a non-verbal test of intelligence. Most previous studies were based on verbal IQ tests, which are known to be influenced by the level of education.
This finding at the level of countries has been compared to the correlation at the individual level. Our new ‘in press’ data indicate social conservatism and intelligence do have a negative correlation with each other but only 5%, not 16%, of conservatism can be accounted for by the intelligence test scores.


So, are conservatives less smart?

Yes, slightly less if they are social conservatives.
On the available evidence, the presence of people subscribing to economic liberalism within the ostensibly conservative parties in the US, UK and Australia makes it very unlikely that a substantial correlation – either positive or negative – will be found between political conservatism and intelligence.
Members of the left-wing political parties in these countries are not immune from social conservatism either. So, our politicians have no right to call members of the other party “stupid”.

But the more socially conservative you are..the more likely you are........