IIn 1973, Norwegian philosopher and mountaineer Arne Naess introduced the phrase “deep ecology” to environmental literature. Environmentalism had emerged as a popular grassroots political movement in the 1960s with the publication of Rachel Carson's book Silent Spring.Those already involved in conservation and preservation efforts were now joined by many others concerned about the detrimental environmental effects of modern industrial technology. The longer-range, older originators of the movement included writers and activists like Henry David Thoreau, John Muir and Aldo Leopold; more mainstream awareness was closer to the “wise-use” conservation philosophy pioneered by Gifford Pinchot. 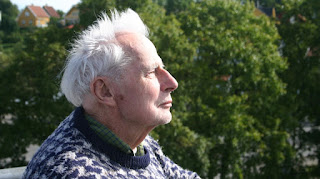 In 1972, Naess made a presentation in Bucharest at the Third World Future Research Conference. In his talk, he discussed the longer-range background of the ecology movement and its concern with an ethic respecting nature and the inherent worth of other beings. As a mountaineer who had climbed all over the world, Naess had enjoyed the opportunity to observe political and social activism in diverse cultures. Both historically and in the contemporary movement, Naess saw two different forms of environmentalism, not necessarily incompatible with each other. One he called the “long-range deep ecology movement” and the other, the “shallow ecology movement.” The word “deep” in part referred to the level of questioning of our purposes and values when arguing in environmental conflicts. The “deep” movement involves deep questioning, right down to fundamental root causes. The short-term, shallow approach stops before the ultimate level of fundamental change, often promoting technological fixes (e.g. recycling, increased automotive efficiency, export-driven monocultural organic agriculture) based on the same consumption-oriented values and methods of the industrial economy. The long-range deep approach involves redesigning our whole systems based on values and methods that truly preserve the ecological and cultural diversity of natural systems.
The distinguishing and original characteristics of the deep ecology movement were its recognition of the inherent value of all living beings and the use of this view in shaping environmental policies. Those who work for social changes based on this recognition are motivated by love of nature as well as for humans. They recognize that we cannot go on with industrialism's “business as usual.” Without changes in basic values and practices, we will destroy the diversity and beauty of the world, and its ability to support diverse human cultures.
In 1972, very few people appreciated that Naess was characterizing an existing grassroots movement, rather than simply stating his personal philosophy. In order to establish shared objectives, Naess proposed a set of eight principles to characterize the deep ecology movement as part of the general ecology movement. The platform can be endorsed by people from a diversity of religious and philosophical backgrounds as well as differing political affiliations. “Supporters of the deep ecology movement” (rather than being referred to as “deep ecologists”) are united by a long-range vision of what is necessary to protect the integrity of the Earth's ecological communities and ecocentric values.
Unfortunately, some vociferous environmentalists who claim to support the movement have said and written things that are misanthropic in tone. Supporters of the deep ecology movement are not anti-human, as is sometimes alleged. Naess's platform principle Number 1 begins with recognizing the inherent worth of all beings, including humans. Gandhian nonviolence is a tenet of deep ecology activism in word and deed. Supporters of the deep ecology movement deplore anti-human statements and actions.
Accepting the Deep Ecology Platform principles entails a commitment to respecting the intrinsic values of richness and diversity. This, in turn, leads one to critique industrial culture, whose development models construe the Earth only as raw materials to be used to satisfy consumption and production—to meet not only vital needs but inflated desires whose satisfaction requires more and more consumption. While industrial culture has represented itself as the only acceptable model for development, its monocultures destroy cultural and biological diversity in the name of human convenience and profit.
If we do not accept the industrial development model, what then? Endorsing the Deep Ecology Platform principles leads us to attend to the “ecosophies” of aboriginal and indigenous people so as to learn from them values and practices that can help us to dwell wisely in the many different places in this world. We learn from the wisdom of our places and the many beings who inhabit them. At the same time, the ecocentric values implied by the platform lead us to recognize that all human cultures have a mutual interest in seeing Earth and its diversity continue for its own sake and because most of us love it. We want to flourish and realize ourselves in harmony with other beings and cultures. Is it possible to develop common understandings that enable us to work with civility toward harmony with other creatures and beings? The Deep Ecology Platform principles are a step in this direction. Respect for diversity leads us to recognize the ecological wisdom that grows specific to place and context. Thus, supporters of the deep ecology movement emphasize place-specific, ecological wisdom, and vernacular technology practices. No one philosophy and technology is applicable to the whole planet. As Naess has said many times, the more diversity, the better.