Adventures and allegories within the Welsh Labour Party 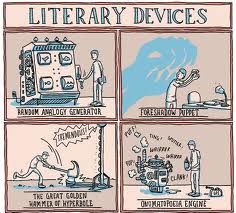 . And so I become formally the Secretary of Ystradgynlais and District Labour Party and it's delegate to the Executive Committee of Brecon and Radnor Cinstituency Labour Party. Yesterday I created for the branch a Twitter account and two Facebook pages one a community page and the other a group page. We agree a social medis strategy and an approach to the future.
The Welsh Labour Party is undergoing reform and renewal. It's rather like being a Christian in the Middle Ages The church has within it a savage thirst for reform and it's as if the Pope is a fervent reformer and commited to the true faith. Within the clerical province of Wales three candidates seek to become Cardinal in Cardiff Bay. One of them has all the religious instincts of the Medieval Papacy towards the Magnificat He is an ambitious compelling ability to communicate effectively. He has the capacity to make any one he meets feel that he is interested in you. Then as you are assessed Jesuit style he finds you wanting and you are cast aside and no longer of interest..
An other candidate shall we say of the Ursulines while having a distinctive Welsh and particularly Western Welsh has shallow roots amongst the rank and file of the church. In fact I have heard many of the rank and file say that the Abbess of the Ursulines has shown very little interest in visiting the ordinary places of the party.

The third Candidate seems to be a long way ahead in the Conclave. He seems humble and appreciates the reforms and faith of the Pope He may be softer and have less history on the left than the Islington Pontiff. Yet you cannot doubt his sincerity and his genuine commitment to real socialism and a sense of Welsh identity.

Many I have come across fear that the reforming movement around Cardinal Macdonnel and the Islington Papacy fear that it has similarities to the Puritans of Liverpool from the 80s However nothing could reveal more how desperate the reforms of the Church Socialist was before the shock Conclave result of September 2015 socialism within the Labour Party has been renewed. There is still a long way to go but I can see no other way to overthrow the AntiChrist who reigns over the state. There are Socialists outside in other parties who are honourable and principled and offer an important role in keeping the faith honest, critucal and creative.

There is much that I too have to learn from those who have belonged to the Church Labour for their entire life time. There is much creative and cooperative learning that can be achieved together. However i have no illusions about the nature of power and how Welsh Labour has been a magnet to those who lacking in the faith of Socialism see it's value as a means of personal ambition.
Labour must become a mass party that real ds to the philosophy, outlook and beliefs of the Socialism of its members. The rise of Corbynism has been a response to the false third way Messiahs of Blair and Clinton. It is a response to the false end of history and of the "victory" of Liberal Capitalism...Socialism must be a faith, an aim and a practical method of d a real approach that benefits millions of people. I am proud in my sixties to have finally come home after being there for the first time.

Allegory
Visual art genre
As a literary device, an allegory is a metaphor in which a character, place or event is used to deliver a broader message about real-world issues and occurrences.
Posted by Any Human Heart at 13:05