My father Jim Barratt was shot down over Burma..never bought or wore a Poppy by Chris Ramsbottom Pampling


This was written by my Facebook friend Chris Ramsbottom Pampling. I leave it to you to read her words. You all know what I would say.  Chris is a Corbynista like myself and there are many of us......I am fed up with the war criminals in designer suits  who sell arms to Saudi and take millions in payment.   Jim  Barratt  was an ordinary man who saw the truth. This is his story...... 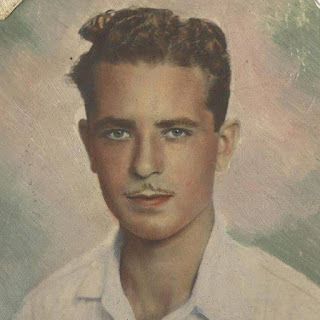 My father Jim Barratt was shot down over Burma and was eventually captured by the enemy and became a Prisoner of War. Plenty of stories about that, but while they are terrifying and sad they are not entirely relevant.

When he was liberated, he wasn’t taken home to Blighty- far from it. He was taken to India, where he was expected to do Government work while waiting for repatriation. Now Martyn, you will probably know more about this than I have been able to find out, and my father wouldn’t tell me a lot, but apparently they weren’t paid and so they went on strike, something called the “2nd Indian Mutiny”? Anyway, he approached the British Legion and refused to help him because they said he should be doing what he was told even though he was penniless and not being paid.
He got home by working his passage on board ships, and arrive back in Smethwick in 1947 or 48. The photo I’m sending you was taken around this time, and his eyes tell so many stories which I am only now beginning to understand.

So now we go to 2003 and my father has been housebound more or less for the past 10 years. He is approaching his terminal decline.
I
tried to get him some specialised equipment or even a portable heater, so I approached the local branch of the RBL and they sent someone to see him, and I was there. Dad let him in the house but refused any offer of help they could give him, and the officer told me afterwards they couldn’t help him because he refused their help. So I asked why and he told me the above story.
When he went in hospital having had a series of CVAs, I researched getting him into a care home and found that RBL ran one about 5 miles away from me, the Galanos home. I went to see it, and it was more or less brand new and very well appointed. I came away with their brochures, and – bearing in mind this was 2004 – was staggered to find they were charging twice as much as nearly any other home I looked at! Even the BUPA home wasn’t charging that much! Was this where all that money was going? Of course not to the care of ex-service men and women! So I decided to look into their expenditure, having given up my job with a local Council for Voluntary Service to care for my father at this time.

I wasn’t the only one trying to find out what was going on with all this income. I think there was a bit of a fuss in the media about it at the time, and they did say they would change their focus. I looked at their accounts over the weekend at it does seem that they have, although a friend who works for CAB tells me they will only take referrals from agencies like Social Services or CAB and not friends or family. And they don’t fund the local voluntary homeless provision, but they are allowed to refer local homeless people to them for help on an individual basis, which I think is poor given the amount of money they make.

Anyway make of this what you will Martyn. My father never bought or wore a poppy, and when I found out about his experiences with RBL I resolved not to in respect for him. When I found out about white poppies I was really pleased because here was an organisation set up for things I wholeheartedly believe in, and now I sell them at my Centre. It seems to be the only place – in Coventry, 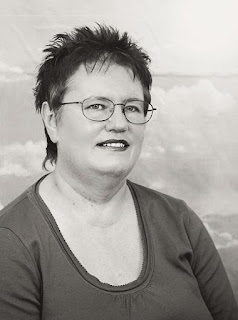