Theresa Magpie and the Kitchen of Brexit ...

Maypie and the Kitchen of Brexit ... 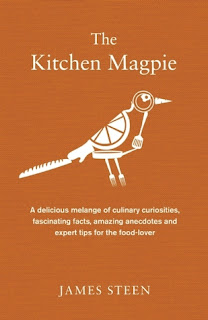 I collect my thoughts and the images and words begin to flow..

The Brexiteers rave and scream at the price to leave the EU. The government reminds me of the time I saw a magpie seeking to escape from my kitchen. The bird sees the outside and it sees the kitchen..yet there is glass in the way. It beats itself again and again against the glass.. injuring itself in the process.. it can't see the glass.. it can't comprehend it's existence or its nature...its does not comprehend reality. The glass is the globalised economy it's the myth of sovereignty, it's the lie in the moral virtue and the existence of the nation state.. .the Magpie cannot understand that it can check out but fails to understands that in leaving they will destroy both their party and their administration. The curse of the Corn laws of the 19th Century is enveloping the Tory Party . Soon they will be out of power for a generation. Soon the toxicity of corner shop conservatism, with it's lower middle class prejudice and its unthinking racism a will be all that's left..


The Maypie loses feathers, it opens wounds and fissures within itself. Parts of its body politics hate other parts and as it dashes itself on the glass the drama goes on and on. Like a person suffering from an obsessive co.mpulsive disorder it can think of nothing else. All else is forgotten as the Magpie destroys itself ... all other concerns are ignored as the world implodes and inequality and poverty are ignored while it's effects are magnified and enhanced.. yep you can check out any time Maypie.. BUT. Brexit could never be as the leavers said it would be..and as it becomes clear the Tory government begins to understand that it will cost them their political life and rule..Brexit is both the poisoned chalice and the one ring ..it rots all it touches and turns those who desire it into a Gollum like hulk...cos you can never leave..
Posted by Any Human Heart at 13:02