On Advent under late Capitalism...2018 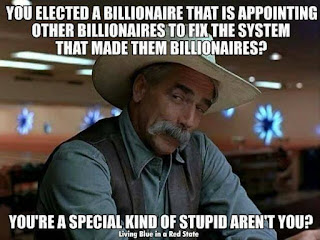 On Advent under late Capitalism...the worst if all deals...And now its just short of four weeks count down to Christmas. The power of capitalism has imposed the markets fantasy black Friday upon us and on through and beyond cyber Monday to New Years day... we experience the psychological, economic and ersatz pressure of its chimera. On the Mexican border tear gas is brought out and used. In Washington a migrant woman walks through glittering Christmas trees and decorations She married a billionaire that was her route in to the American dream. And as her husband does May's deal to death we stumble to an unknown future. As Advent dawns and Brexit becomes unknowable ..Tories of the hard Brexit psychosis demand an early Christmas as a means to complete the Thatcherite revolution.

As Cyber Monday passes away therapists prepare themselves for the rush in or the rush out of love. Those alone or without support dread the enforced family discourse of Christmas. The truth that only a quarter of us now live in a 'Janet and John' type family and that well over one fifth live alone is denied, obscured and ignored. The political right moan of the decline of the family is denied and yet it is their very policies on benefits and employment that makes family living more difficult.
The Christmas music has been playing in the pound shop for two weeks now and the pay day lenders are in full swing.

The Winter Solstice was a time of celebration it strengthened us for the long climb into Spring. The Romans had Saturnalia so I wonder what else can we do at the the of the dark? What else? but celebrate and feast and enjoy ourselves. I am the old Pagan who sees this more clearly as each Christmas comes. I am 60 but I have seen there is still the inner child that loves shortbread; dates , Christmas pudding and the promise of snow.

Yet the adult within me knows that the children of light born at Christmas may well be slaughtered by Easter and left hanging on Ygsdrasil, upon the cross under the bodhi tree or on the streets of Syrian cities or in Yemen.. and yet.the Christmas we celebrate is often an inner psychological one. For those who grew up experiencing domestic violence and abuse ..Christmas is not magical.. nor can it ever be. A saviour most apt for this time would be one who frreed us from all saviours.. all things decay work out your own salvation and with it Christmas. For me it will always be Yule..and the child of light from the old Celtic Faith must be our own inner child born to a world where each and everyone is responsible for the world we live in and for those we love.

Rumours circulate of a Corbyn May debate on Sunday December 9th. It will clash with the final of "I'm a Celeb" the clash and contrast ironic and most post modern.. Thatcher is promoted as a candidate to have her picture on the £50 note...yet it was her attitudes and policies that did another candidate Alun Turin to death. These are the absurdities of the Advent season . ..Camus and Sisyphus smile at us from the other side and the X50 crawls towards Swansea the fog is dense and we are all obscure or is it obscured? 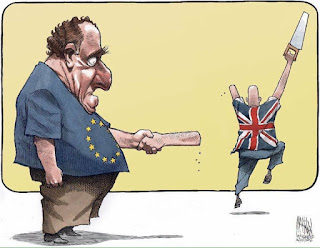