The nightmare Christmas before Brexit. 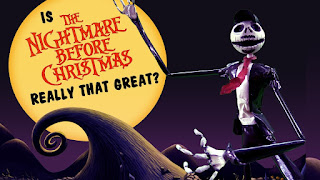 The nightmare Christmas before Brexit... And as the bus moves towards Pontardawe I reflect that the Tory remainers will cop out and vote for May' s ersatz deal. The DUP will blink out at the last moment . Large numbers of centrist Labour Mps will support the deal. It will pass because these centrists would prefer May to be Prime Minister rather than have a Socialist government. I suspect that many on the #FBPE will then blame Jeremy Corbyn for this. The ambitions of the centrists and of certain Labour Mps is to avoid a general election. This aim is shared by the largest block of Conservative Mps. This is the simple reason that the deal will go through. They leave us with a role in Europe without representation and much control. We now have the worst of both worlds all caused by the ambitions to stay in power for the Conservative allied to the wish of certain Labour Mps to stay out of power and deny an opportunity for Socialism. The Christmas before Brexit is a nightmare created by ambition and short term selfish concerns. More power is lost and the paradox of getting our country back is revealed as the nonsense it really was. It's time for a general election and it's time for Socialism.. and it's time for true democracy...yep it sure is the nightmare before Christmas....the price of acceptance on the altar of power and the burnt offering that of Socialism and a general election..May has the Blairites over a barrel. This has been deliberately left to the last moment...the Brexit we get we deserve.
Posted by Any Human Heart at 13:07