“An Independent is someone who wants to take the politics out of politics." and make it right wing

“An Independent is someone who wants to take the politics out of politics." 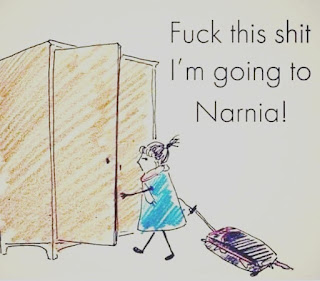 Two quotes floated into my mind as I awoke this morning both are by Adlai Stevenson the distinguished American politician the first is “You can tell the size of a man by the size of the thing that makes him mad.” the second “An Independent is someone who wants to take the politics out of politics. By the way I am awre of the sexism in the language the quote came from the 1950s.
Over 40 years of political activity have taught me many things and showed me many political rise and falls of careers, egos and identities. The phenomena I have noticed most is what I would call the emergence of the “Independent politician” Just recently I saw the phenomena again this is how it happens, the individual joins a political party or campaign group, the group is small and needs nurturing, the individual helps it to grow, they tender it , develop it and subtly dominate it. Soon the group is led by the individual, then criticism is made of that individual, instead of reflecting the individual throws a temper tantrum, accuses others of bullying them and when finally the group realises that their saviour was in fact a figure of a dominant ego rather thann someone who wishes to challenge domination: the saviour then leaves the group and becomes an Independent politician or commentator. They may even join another group or organisation but you will find that until they spot the pattern nothing will change in their dealings with others.

The tragedy is that this figure has simply used the group to protect their own fragile sense of self. When this is challenged that they are not the Messiah and are simply a Naughty Boy, you see the Gollum moment and then the frightened little Smeagol. Before the individual leaves an issue is discovered that they totally disagree with, or there is an individual or individuals who are stopping them achieve breakthrough. Their last act may be a take over or attempt to be elected to a new position that will give dominance over the group that is slipping out of their fingers. Its sad to see it happen but throughout History it happens again and again. Look at Tony Blair, Margaret Thatcher the list goes on and on.......

Political Parties need independents but not in egotistical terms, they need independent thinkers who challenge dominant discourses. Einstein did his best work when he worked outside of academia in the patent office, Jeremy Corbyn maintained an independent critical attitude to the dominant labour leadership and emerged as the leader of a new paradigm. The emergence of the Green party has brought new influences, new criticism , a new paradigm and the most healthy Constituency Parties I know that this collective Leadership and independent thinking is essentisk. My previous party in Neath Port Talbot is full of talent like that, ideas, actions, perspectives that both challenged my own thinking and attitudes that has helped me grow and develop new ideas, new approaches and new solutions. Its a collective leadership that will go on independent of any one individual and therefore the prima donas or dominant individual prove valueless.
I have had vigorous differences of opinion with other activists but I have learnt from them. These learnings have come from many other sources as well from the people I have met, the contemplations and of the reflections I have gone through. The challenge is to learn that when our ideas are challenged or criticised that it is not an individual rejection but a challenge to our sense of self that needs reflecting upon. Adlai Steven was right in both quotes. It is the measure of what we do when are angry that stays with people the longest and unfortunately it mat be the lasting thing that people remember about us.Its independent thinking that is needed in Politics not independent dominant egos..from Seven Sisters to Resolven and through the whole of NPT..thete was a severe rash that broke out in the council elections and still affects us deep in December...nearly all the "independents" were Brexuteers, pro market and right wing..they were not independent thinkers they were masking their true identities..
Posted by Any Human Heart at 14:14