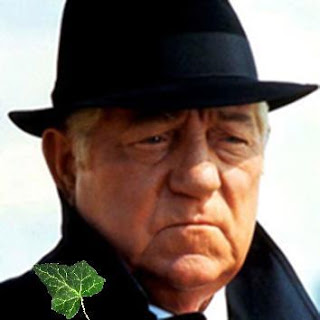 Broflakes of the North..you have nothing to lose but your equality and fraternity...the Nation Cymru site is full of news concerning a right wing pro Welsh independence party. I have looked at the site in detail today and upon the comments of a certain Jac o the North. I have watched the rants today on both I have watched them mount up ..there has been a call for nationality tests for the homeless and for those in social care. I have seen rants about lesbians of a predatory nature. This is the blogger who has retweeted European neo Nazi tweets and moaned about the Confederate flag being taken down in South Carolina. This is a party that makes the Kippers look mild. It's a party of broflakes through the medium of Welsh and it devalues through its prejudice both the language and the culture of Wales. I have watched over the last few months rants against "wimmin; lefties and greens '. It's members will have sympathy for the loathsome Gareth Bennet on his views on trans people. The truth is that if you are secure in yourself another's sexuality spirituality or sense of self should not bother you. Only the insecure fear change the trick is to transform it by acknowledging it. The bearded woman is an ancient symbol within a Celtic tradition. Thus is psychologically a party of tte insecure, the afraid. Those who gather to promote a Wales of Welsh capitalism ; who seek to speak Tory welfare policies through a Welsh discourse will soon turn to a Welsh aristocracy, monarch and aircraft carrier. It will be a white Wales free from the corruption of the urban threat; a WaLes powered by nuclear power and free from renewables. A Wales obsessed with home ownership and a dearth of social housing. Yes I can see the nature of this rough beast, this 'twrch' waiting to be born...it makes me sick this party of the boring broflakes. ..as it slouches forth from it's birth place in Aberystwyth...guided by that behatted Chandleresque midwife... Jac o' the right...

Look at the comments om Jacs blog mocking Lily Jane Summers ..it tells you everything you need to know about the milleau of the bew party. follow th link and discover......http://jacothenorth.net/blog/swansea-labour-the-farce-continues/

Post-modern postscript.
I wrote this piece today partly in a postmodern mood and partly a Joycean one. Please note the intertextualities from Yeates poem the 'second coming' I also used the play on words like boar boring and it's Welsh form of 'twrch'. I choose a Chandleresque motif as young Royston likes to see himself as private eye like in his investigative journalism. I however want to play on the use of the term private or dick.. particularly in the last word dick. It seemed an appropriate word somehow. I took the word broflake as in a recent new words referring to elderly men who could not take to challenges to their binary classification of gender; sexuality and ethnicity. I felt somehow it summarised the ethos of this new party. Finally I should point out that it was West Wales where King Arthur hunted the Great Boar the Twrch in the Welsh Arthurian roots of the of mythos. Many of us on the Left have felt we have been hunting this old boar/bore/twrch for many years...excuse my attempts at a fusion of Joyce and the Postmodern..but as they say every saint has a past every sinner a future....
Posted by Any Human Heart at 13:37