Last pre Christmas thoughts..Hope you all survive...see you on the other side 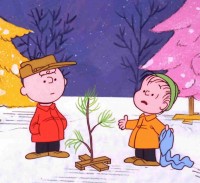 Last day in work for a while. Today there was only Mervyn and I at the Penrhos bus stop. Today is a day of wrapping up a few things. I have to be back in work briefly on the 28th one of my clients has a Pips appeal so I am required. Let's speculate today on the passport colour..not. I am going to apply for an EU passport and I hope that the EU set up a category of associate EU citizenship. I hear that the new blue passport is being possibly pro red by non UK companies..what a load of crap the colour of the passport is.. typical issue of the Sun and the Mail..narrow petty and small minded.
In Wales we hear of far right plans for a race war after latest intelligence from the security services.
In Catalonia pro independence parties win a majority and the story continues...its going to be an interesting 2018..watch this space..

Winter solstice political thoughts.. I battle my way through the Winter Solstice crowds . Their is a certain desperation in the Quadrant in Swansea. I file my way towards stand D and wait for the "T6". In one hand I carry a Christmas cake a 14 day guide to the Chrustmas Television. The child within has always enjoyed looking at the programmes for the fortnight that exists outside space and time. It's going to be a crowded bus ride home to Penrhos. I hear that the government has lost a major court case that has massive implications for Personal independence Payments. I reflect on the grubbiness of a Brexit Island ruled by a coalition of Calvinists and a party whose number two has selective amnesia of porn on his laptop. This is an obscene government that rules but does not govern. So consumed with Brexit is it that every other issue is forgotten . Poverty rises homelessness rises ..and all that matters is the hope of getting "our country back'. We have it now this plague of intolerance. I have seen so called Lexit supporters post Farage and Breitbart propaganda.

We are all either social conservatives or social liberals now.its far more than being a remainer or a leaver. The old self definitions are fuzzy most of the Social liberals are socialists as well or eco socialists. Most of the Social conservatives ate blue kippers but not all. The old Stalinist wing of the Communist Party undergo the greatest denial since the Hitler Soviet pact..they moan about witchunts. They are full of denial of transsexual rights . A generation ago others like them would have criticised feminism, animal rights and would have thought Green issues were part of bourgeois obscurantism. I think on as the T6 arrives and I climb on board.
I speculate on the passengers as we roar along the Fabian Way towards Neath.. I am the oldest person using my phone on the bus the others are all under 30. Yet I know clearly as I glance around that it is the Social conservatives of left or right that are on their way to the dustbin of history. The discourse has changed , the words are different, the alt right is in retreat and the so called 'libertarians" of the right are revealed to be the narcissists that they are. The left wing socialists of the decentralised state and society are going to win....
Posted by Any Human Heart at 13:44