Thoughts on the Pips appeal.....another Victory 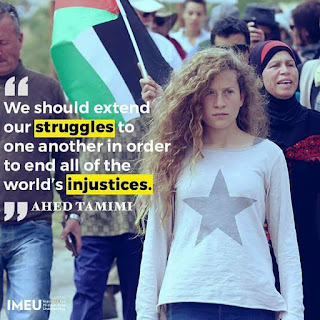 Another Pips.. of all things a PIPs appeal today. The client is no polar: complex and troubled. The DWP gave them 0 points. Armed with the Psychiatric reports, support workers reports, my records and support letters from friends we will seek to gain justice. I really wonder what it will take for the prejudice loaded judgements of the decision makers "fuelled by a bonus" to explore and understand the everyday lives of those who struggle to be independent. This is a 'vile' government obsessed by Brexit and getting their country back while using the fear of the immigrant and the other to divide and rule. The benefit issue and social justice will only come when we except a universal citizen income that is based on citizenship . The truth us that the poorest spend the greater proportion of their income in the local community. This applies wherever you come from irrespective if status, ethnicity or culture. A refugee from Afghanistan has more in common with the poor and excluded from here than they have in common with the prosperous right wing libertarian idiots . The only issue is when they will become aware of it. We are ruled by fear and we are divided from our natural allies. It's time to wake up and see the lies of the Trump:s, Farage's and others who control...wish me luck...we also need a Socialist government .. a proper one after so long...

.Between a Christmas and New Year, between tempoaralities , in the days that exist without names I wait at the bus station for my client. I am well dressed I drink a takeaway cappuccino and relax. All over the country people are waiting to attend appeals. For them this is an anxious fearful moments. Their lives will be dissected by a judge a doctor and a welfare officer. There will be a clerk a representative of the DWP and the client and myself. Why must this be held in a court? In a place of judgement? For me another one of 100 appeals but like an undertaker I forget the human drama I see at each one. I will go back after the appeal to my everyday life..i have sufficient money but for the client who wins it will be transformational out of fear into a recognition of their experience of disability. There is one representative of the DWP I have seen at many appeals. He never looks at the client or at me. I can tell how he feels, his shabby suit and his apology of a beard says it all. These are the stormtropopers of the Tory benefit reforms..the banality of the evil of the free market prophets..who are just doing their job..for them this is not political...they just do their job.. the excuse of all destroyers of human hope and dignity that has existed since the world began.. be in the inquisition.. or the DWP or the Gauleiters or informers of the witch hunters they are only doing their job.. This is what the denial of politics has led to..it began long ago in the 70s was nursed by Thatcher..given birth by too by the midwifery of Blair Farage and Brown was breast fed by Cameron and Osbourne. And brought to maturity by May and Hammond but there is a sea change and the paradigm changes...and there are still not enough of people like myself to fight back but there are more each day...but i will do my best in the now..i would rather be a rebel than a slave..

We won.  The DWP man returned to his room ..no words spoken to me or my client, No bonuses for   for capita here...just a ruined year for the client since February of this yearClient was given mobility and care at middle level. The client was asked the strangest question. How did she dye her hair? I really think that a legal system obssessed by definitions is agreat problem. It seems impossible to explain that absolute definitions cannot be applied to shifting complex disoders like that of bi polar. what does it take for a panel to understand that in a court room a client asked over and over to provide a precise description of their life will falter and wilter in the search for exact definitions. / The process of reductionism is a secondary process by which the client is devalued, to a basic set of decriptors. I am thinking of putting together a philosophy course for those with anally challenged minds......
Posted by Any Human Heart at 18:04