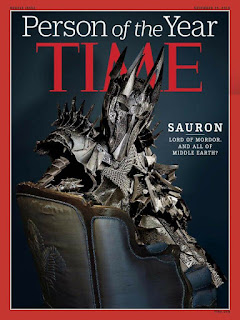 "The better angels of our nature" came through in Alabama. The quote comes from Abraham Lincoln the founder of the Republican Party. I point this out because I doubt that they realise the liberal origins of their party. Somewhere Lincoln sins in horror at the nature of the modern Republican and at Trump in particular...

Alabama had no elected Democrats in its legislature. It was last won by them in 1976. Trump won the state by 30 percentage points in November 2016. Alabama is everything that we think about the south. It is the symbol of prejudice, bigotry and ignorance. It makes UKIP seem left wing and Rees Mogg a dangerous liberal. Now it is represented in the Senate by a pro choice, pro gay marriage liberal Democrat. Roy Moore was a Trump like right wing populist who claimed the ear of God; he opposed gay marriage , trans rights and wanted to make America great again. We know what that really means...and it meant silencing the women who accused him allegedly of sexual assault. It's no accident that an echo of Moore's nature can be seen lurking behind the thin skinned; large ego of Trump himself. As I write Moore still has not conceded the election.. i suspect that he cannot accept that here in this state he has lost.


The face of that perfectly post modern fascist Steve Bannon would be a pleasure to see this morning. The nature of America politics changes now.. Trump has the narrowest of majorities now in the Senate. His tax reforms and removal of Obama care becomes more difficult. The civil war between the "new" republicans the establishment ones will burst forth. As America moves on we see the horror of the last gasp of the red neck males, their ignorance and attitudes of thinly disguised racism and homophobia. In mid term elections now less than a year away it becomes likely that the Democrats will retake the Senate, make gains in the House and stop the Trump agenda. But these will be dangerous times a wounded and damaged Trump will be a wounded beast striking out and confusing the nature of world peace with his own inner turmoil. Trump has been stemmed but the the most dangerous period is about to begin. A slouching wounded Trump is crawling towards us all, his ego is damaged and his claws ant tweets are newly sharpened....beware there is much to do and if TRUMP comes to the UK in February let us confront him and show what we feel..but ..as the bus approaches Pontardawe my heart is lighter and I know that sexual harassment and abuse can be ignored no longer as the issue becomes central to judging powerful men and their use of power.. busr
Posted by Any Human Heart at 12:47