The political urban legend in the time of Trump...and the draining of the swamp..........

The political urban legend in the time of Trump...and the draining of the swamp.......... 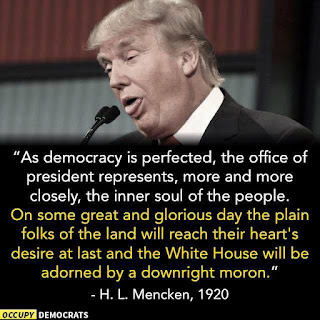 There is a very unpleasant urban legend doing the rounds. I have heard it twice now. The story goes like this. A friend of someone notices that a man of Middle Eastern origin has dropped his wallet and not noticed it. The person who notices it points it out to him and is thanked. The man says “ I never thought anybody who is not of my people would bother to help someone like me. I will give you some advice “Do not go to the ST David's shopping centre over Christmas. The story is unpleasant it creates fear, it plays out the day that the House of Commons is to debate the bombing of Syria. It feeds into the collective paranoia. It may even be a story that someone has told you. Urban legends create a political climate, a moral climate that pushes us to one one end or another. It feeds into fear, anxiety and the tabloid press. It feeds into the arms of the of the military industrial complex and it causes distrust . It lays the foundation for war.

I have long had an interest in Urban legends and observed how they work. Please read the following observations and think about the issues I have raised. The term "urban legend," as used by folklorists, has appeared in print since at least 1968.Jan Harold Brunvand, professor of English at the University of Utah, introduced the term to the general public in a series of popular books published beginning in 1981. Brunvand used his collection of legends, The Vanishing Hitch hiker: American Urban Legends & Their Meanings(1981) to make two points: first, that legends and folklore do not occur exclusively in so-called primitive or traditional societies, and second, that one could learn much about urban and modern culture by studying such tales.

Many urban legends are framed as complete stories with plot and characters. The compelling appeal of a typical urban legend is its elements of mystery, horror, fear or humour. Often they serve as cautionary tales. Some urban legends are morality tales that depict someone, usually a child, acting in a disagreeable manner, only to wind up in trouble, hurt, or dead
As Jan Brunvand pointed out antecedent legends including some of the motifs, themes and symbolism of these texts can readily be identified. Cases in which there is some likelihood that at least a partial inspiration has been located include "The Death Car," by traced by Richar Dorson to Michigan,in the United States; "the Solid Cement Cadillac" and the possible origin of "The Hook" in the 1946 series of Lovers' Lane murders inTexarkana, jn Texas, The urban legend that Coca-Cola developed the drink Fanta to sell in Nazi Germany without public backlash originated as the actual tale of German Max Keith, who invented the drink and ran Coca-Cola's operations in Germany during World War II.

The teller of an urban legend may claim it happened to a friend, which serves to personalize, authenticate and enhance the power of the narrative.[10]Many urban legends depict horrific crimes, contaminated foods or other situations which would affect many people. Anyone believing such stories might feel compelled to warn loved ones. Not seldom, news organizations, school officials and even police departments have issued warnings concerning the latest threat. In the "Lights Out" rumour, street gang members would drive without headlights until a compassionate motorist responded with the traditional flashing of headlights, whereupon a new gang member would be required to murder the citizen as a requirement of initiation fax received at the Nassau County, Florida fire department was forwarded to police, and from there to all city departments. Even the Minister of Defence for Canada was taken in by the same legend; he forwarded an urgent security warning to all Ontario Members of Parliament.

Many urban legends are essentially extended moral tales s, told as if they were true events. Urban legends typically include one or more common elements: the legend is retold on behalf of the original witness or participant; dire warnings are often given for those who might not heed the advice or lesson contained therein (this is a typical element of many e-mail phishing scams); and it is often touted as "something a friend told me," while the friend is identified by first name only or not identified at all. One of the classic hallmarks of false urban legends is a lack of specific information regarding the incident, such as names, dates, locations, or similar information.
Persistent urban legends, however unlikely, often maintain at least a degree of plausibility, for instance a serial killer deliberately hiding in the back seat of a car. One such example since the 1970s has been the recurring rumour that the Proctor & Gamble Company was associated with Satan worshippers because of details within its nineteenth-century trademark. The legend interrupted the company's business to the point it stopped using the trademark.
The earliest term by which these narratives were known, "urban belief tales," highlights what was then thought to be a key property: they were held, by their tellers, to be true accounts, and the device of the FOAF (acronym for Friend Of A Friend invented by English writer and folklorist Rodney Dale) was a spurious but significant effort at authentication.
.
For this reason, it is characteristic of groups within which a given narrative circulates to react very negatively to claims or demonstrations of non-factuality; an example would be the expressions of outrage by police officers who are told that adulteration of Halloween treats by strangers (the subject of periodic moral panics) is extremely rare, if it has occurred at all. Think it through and dont spread the fear ...please. Its bad enough already.

I wish the simplistic message that we are given by our Leaders makes us all reflect. We never have bombed anyone into submission, every intervention we have ever made has led to a worsening situation. The civilians who will die in this war are people like us. They will be the children you see everyday, your neighbours your friends, The problem is many will not think about it for a while, they will be hypnotised for a short time by the media, the neo-liberal politicians and the baying of the right
I know that the repulsion will become because deep ,deep down we know we think of our child , the children of our friends and neighbours. the children we see in the supermarket. We deny the source the meat we eat everyday but refuse to seeing the pictures of the slaughter houses, the starving in the third world, the fact that 1% dominate us all and that land, property and control rest here. We deny that our elites sell arms, prop up dictators, and deny climate change. We blame the poor, we see the scrounger everywhere, we divide those who have so much in common and we are divided and conquered..what does it take to wake us up? I think of my Grandfather signing up to fight in World War 1 and the soldiers who are just doing their job...what does it take,? Donald Trump said he would drain the Swamp but instead he has filled it with Goldman-Sacks crocodiles. He has convinced the voters of the Rust belt that millionaires know the true reality of the dispossessed and and other. Paul Nuttal of UKIP will try to do the same here ...what does it take?

I am sustained by many faiths and beliefs...they sustain me at times like The faith of a better world is carried by individuals across sections of the Labour party and the Green party, the Ecosocialist of Plaid and numerous smaller groups, community organisations and individuals, All adventures dominated by the flag and creation of the other lead to disaster and repulsion...and there is an alternative..
Posted by Any Human Heart at 14:56