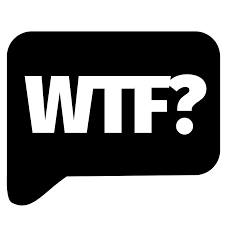 "the part of the Conservative party that sees Brexit as a deregulatory opportunity, for whom “taking back control” means scrapping as many business costs – taxes, regulations, pension obligations, workplace rights and employment protections – as possible. Reports at the weekend suggested that Michael Gove is leading a cabinet push for the UK to abandon the terms of the EU working time directive – which among other things ensures a maximum 48-hour working week. This is the opposite kind of Britain to the one for which large numbers of working-class leavers voted in 2016. They wanted more security, as they saw it, not less. They did not vote for the freedom to work more hours for less pay and fewer rights. But this deregulated country is the one the Brexiteer right is determined to give them." with thanks to Paul Sambrook for drawing my attention to this article in the Guardian..

"But you rubbed shoulders with people who most certainly are. The 1% told the country to vote for Leave through their papers (Mail/Sun/Express/Telegraph) because they believed that that would facilitate their further exploitation of the rest of us and their piling up more zillions. The old far-left wanted us to vote for Leave because they believed that that was the way to ensure the birth of true Socialism. I know which is more likely to be achieved."

Graham Mallaghan  "Spot on. I just don't understand why any leftist voted for the one Brexit on offer to us - a Brexit of the far right of the Tory Party and of fascists and neo-Nazis.

The fabled Lexit was not on offer. And is not on offer now - even Corbyn wouldn't be able to deliver it if he got in as PM tomorrow - years or decades of political and economic reform would be required to undo the entrenched structures that prevent true socialism from taking hold in the UK.

All that Lexiteers did last year was become Tories, fascists, and neo-Nazis for a day and collaboraters with the most reactionary and fascistic elements in UK politics and society. We are going to have to live with the consequences of their treachery to the Left and to the people of the UK for a very long time."
Posted by Any Human Heart at 15:54