It's all over now kipper blue 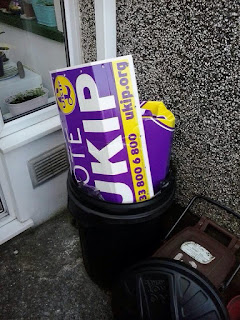 "It's All Over Now, Baby Blue"

You must leave now, take what you need, you think will last
But whatever you wish to keep, you better grab it fast
Yonder stands your orphan with his gun
Crying like a fire in the sun
Look out the saints are comin' through
And it's all over now, Baby Blue

The highway is for gamblers, better use your sense
Take what you have gathered from coincidence
The empty-handed painter from your streets
Is drawing crazy patterns on your sheets
The sky, too, is folding under you
And it's all over now, Baby Blue

All your seasick sailors, they are rowing home
Your empty-handed armies are going home
Your lover who just walked out the door
Has taken all his blankets from the floor
The carpet, too, is moving under you
And it's all over now, Baby Blue

Leave your stepping stones behind, there something a-calls for you
Forget the dead you've left, they will not follow you
The vagabond who's rapping at your door
Is standing in the clothes that you once wore
Strike another match, go start anew
And it's all over now, Baby Blue

It's all over now kipper blue.. as Friday closes I hear Farage rave and bay at betrayal and I laugh and laugh. We are thinking at Asclepius therapy of setting up a Brexiteer supporter betrayal therapy group. I have been gentle with them.. I have said many times that we can check out anytime but....they did not listen and they are not listening now. The more they rave at Europe the more we notice at thus deep loathing of all things Europeans. We come from Europe our history is European our culture comes from there. The Celts the Anglo Saxons; the Jutes and the Danes, the Romans the list goes on and on. The May government can please no one the first stage is here and we are paying 50 billion to give up our veto and our representation the European Court of Justice still has power, the mechanism and rules of the single market and customs union still affects us. And we stay in both the market and the customs union for two years after Brexit...alas poor Nigel there is no alternative....

If the Tory Brexiteers bring down the government we will have an even softer Brexit of customs union and single market membership under the Primeministership of Jeremy Corbyn. Rave on Farage. Rave on you certain type of men of a certain age ignorant of history who failed to understand what is really going on. The May government cannot give you what you want. Whatever happens now hard Brexit is dead, the Tories are mortally wounded and the howling blue kippers on the margins of history; geography and reality at last wake to the fact of what has been done.
Even if the kippers revive they will damage the Tories more and propel Jeremy Cornyn to power. I did try to tell you and as the Weberaian unintended consequences blossom and grow the dreams of isolation and xenophobia melt away...yes blue kippers as the whiff of betrayal enters your nose you learn of the true nature of the Conservative party...you can check out anytime but you can never leave.


The irony is that the "sovereignty: the blue kippers crave would o my prove possible if international capitalism and globalisation ceased to be. I love the irony of it all...its going to be an interesting few weeks. I will drink a toast to you all and hope that the remnants of the scales will ..fall from your eyes. Because you just won't be able to kill the European beast...enjoy the weekend the T6 roars onto Neath..arw today's events are Brecht Pintet or Kafka..I just don't know...but hard Brexit is all over now kipper blue..

Of course someone will point out that Europe is not the European union..but you know when you look into the eyes of Mogg; Farage et al.. you will see that it is not I who fails to see the difference but rather them...what a thin gruel May has given you my fine friends...thin with the bitter taste of betrayal at the bottom of the glass...of course I forget that very few of you understand how betrayal is the very DNA of the Tory Party...
Posted by Any Human Heart at 14:14