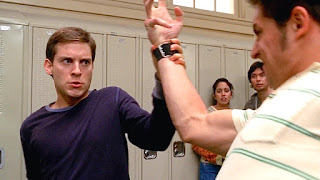 Why do bullies often accuse victims of bullying them?

Bullies are often unaware of their behaviour and the impact they are having on others. They projected their unacknowledged, and unwanted, anxieties on to colleagues. They deny those feelings once belonged to themselves and claim someone else (the victim) has them.


But when aggression is projected outwards it can round back on itself in a persecutory manner. Being in denial, the bully then feels persecuted by the anxieties which he, or she, projected on to the victim.


In the ‘eyes' of the bully - the victim becomes ‘the bully’. Bully and victim appear to have switched roles. This can seem very confusing for mediators and others trying to resolve the conflict.


The serial bully displays behaviour congruent with many of the diagnostic criteria for Narcissistic Personality Disorder. Characterised by a pervasive pattern of grandiosity and self-importance, need for admiration, and lack of empathy, people with narcissistic personality disorder overestimate their abilities and inflate their accomplishments, often appearing boastful and pretentious, whilst correspondingly underestimating and devaluing the achievements and accomplishments of others.Narcissists react angrily to criticism and when rejected, the narcissist will often denounce the profession which has rejected them (usually for lack of competence or misdeed) but simultaneously and paradoxically represent themselves as belonging to the profession they are vilifying


Fragile self-esteem, a need for constant attention and admiration, fishing for compliments (often with great charm), an expectation of superior entitlement, expecting others to defer to them, and a lack of sensitivity especially when others do not react in the expected manner, are also hallmarks of the disorder. Greed, expecting to receive before and above the needs of others, overworking those around them, and forming romantic (sic) or sexual relationships for the purpose of advancing their purpose or career, abusing special privileges and squandering extra resources also feature.


People with narcissistic personality disorder also have difficulty recognizing the needs and feelings of others, and are dismissive, contemptuous and impatient when others share or discuss their concerns or problems. They are also oblivious to the hurtfulness of their behaviour or remarks, show an emotional coldness and a lack of reciprocal interest, exhibit envy (especially when others are accorded recognition), have an arrogant, disdainful and patronizing attitude, and are quick to blame and criticise others when their needs and expectations are not met.


but it is possible to observe the following traits in an individual who accuses their victims of bullying them.


A pervasive pattern of grandiosity, need for admiration, lack of empathy, as indicated by at least five of:

1. a grandiose sense of self-importance
2. is preoccupied with fantasies of unlimited success, power, brilliance, beauty, or ideal love
3. believes that he or she is "special" and can only be understood by, or should associate with, other special or high-status
4. requires excessive admiration
5. has a sense of entitlement, i.e. unreasonable expectations of especially favourable treatment or automatic compliance with his or her expectations
6. is interpersonally exploitative, i.e. takes advantage of others to achieve his or her own ends
7. lacks empathy and is unwilling to recognize or identify with the feelings and needs of others
8. is often envious of others or believes that others are envious of him or her
9. shows arrogant, haughty behaviours or attitudes

It is sad when this happens. It leaves a disturbing atmosphere. Over my 25 years in practice I have often witnessed this in relatiionships, in workplaces, in institutions and within political organistaions, charities and campaigning groups. I feel a revu;sion this morning after reading of the events within the Wesh Assembly. However any organisation that places the market at the centre of all deciosions and means of distribution sets the bullying attitude of the market over all of us.