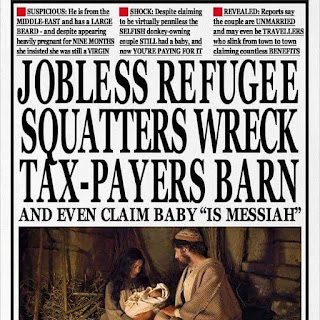 When the President of the USA tweets out far right propaganda we have more publicity given to them since the 1930s. When Ann Counter refuses to comment on whom she is in contact with in the Trump White House, when Britain First more than doubled its following, when people openly day that TRUMP says how it is; when you see the sub text that is implied in words like international finance and the Rothschilds we are bit a heartbeat from the return of the Protocols of the Elders of Zion. TILLERSON nears removal from office describing TRUMP as a moron. Flynn pleadsguilty th charges of lieing to the FBI . Impeachment nears Watergate like. Yet I fear in the minds of the Trump loyalists amongst the police and the armed services and the paranoid fantasies of the militia and crypto fascist racists we no longer know if they would accept a removal if TRUMP by constitutional way. Will there be a new Fort Sumter amongst these paranoid heartlands if America. Trump is not Nixon and we must ask if The USA faces a crisis not seen since 1860? The alt right is clever it knows so many ordinary people are unaware of the discourse, imagery and history of fascism and the American Civil War.

They are unaware that people laughed at Hitler, they are unaware of just how many of the British ruling class had Nazi sympathies, how many German industrialists thought they would use the Nazis to deal with the unions and the workers. We are ignorant of our history and the history of Fascism.
Social media provides a normalisation of fascism and anti semetism. Ann Marie Waters and her new party will be smiling now.

As the Tories stand on the edge of the precipice..flakes of rock fall away. The DUP threaten to pull support from the government if Northern Ireland is treated as a special case. David Davis threatens to resign if Damian Green is removed.Andrew Mitchell bitter over plebgate rails at experts in the police force ; the police investigation into the secret Tory Call centre continues to grow. All it will take are the events to escalate a whisker and May will fall. It's close now and come at any time...we approach a Gramscian crisis of hegemony. ....we live in interesting times..like Frodo wrestling with Gollum deep within Mount Doom the fall may be hours or days away...i told you so....i really did..
Oh yes and finally what takes the biscuit is that I have seen several lefties fixated on Brexit and blaming everything on the EU...while the spectre of Fascism creeps up silently behind them..

.And now we enter the last three weeks to Christmas. There is part child in me at this time of year and part cynic. I see all the hypocrisy of Christmas and yet the hope is still there. I like Christmas as a child within yet my cynic cuts in as New Year approaches. The world has hope which is dashed over and over again. Like Gramsci I hold powerfully to the " pessimism of the intellect and the optimism of the will". Anyway perhaps it is the 'will' that belongs to the child and the intellect to the cynic. Perhaps I will never integrate the child and the cynic. Perhaps it is impossible. Perhaps it is not necessary.. contradiction and paradox is always necessary for progress and change. All reformers and revolutionaries must have an inner child for daring to believe that they can change or reform institutions or countries. To challenge anything is to become childlike or egotistic in the belief in the possibility of success. The cynic unfortunately knows what could happen and what has happened. Yet the child route to challenge is essential and never childish . Too many reformers and revolutionaries have been slaughtered and sent on their own route to Calvary. Yet the cynic too is necessary. A knowledge of history and of other roads to reform are essential to understand and to prepare for what your opponents and enemies will through at you. Without the child within the individual becomes a bitter old man or woman. Without the cynic the individual becomes a narcissist or puer aeternas. Yet without the contradiction of cynic and inner child within our psyche nothing becomes possible. It is the balance of ego and understanding that has defined Gandhi, Trotsky and Guevara.Each reahed their own individual Calvary but changed the world. Stalin TRUMP and Thatcher were the cynic who damaged and will damage the hope that so many had. It will also come to those like Farage and Blair who gave simplistic answers to vast questions about Brexit and Iraq. Without the contradiction of cynic and child we fail to u understand both the hope and the shadow within . Without both we are all in danger of the inability to comprehend ourselves and the dangers we bring...
Posted by Any Human Heart at 12:34