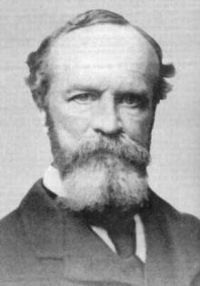 As the nineteenth century rolled into the twentieth the Existentialists began to realize that the modern world was heading toward an impending tragedy. The Enlightenment and the subsequent triumph of science and rationalism had eroded the stronghold of faith that had held humanity together for centuries. The dogma of the Christian church simply could not survive the challenge presented by the new understanding of the universe that science had brought. “God is dead.” Nitcshe announced.
The world of the middle ages, however brutal and difficult, was also existentially secure and known. The Earth and everything on it had been created by an all-knowing and all-powerful God. The purpose of being human was to live in accordance with God’s will as outlined in the Bible. The existential questions of “Who am I?” and “How shall I live?” were answered and the only mystery that remained was that of God himself. During the Enlightenment a new world order took hold based on the underlying assumption that the universe was knowable by the human mind. There was no more need for blind insubstatiated faith in anything. We could finally know the real truth of the universe, one that was empirical in nature and could be proven through observable facts. The revealed “truth” of the Bible, not to mention the existence of God, became increasingly difficult concepts to believe in.

A century before the Existentialists, the thinkers of the Romantic revolt realized that in the rush to rid ourselves of the superstitious believes of the Christian church we had lost something essential to human life and had left a void in the human heart where faith and hope had once dwelt. The Romantics looked nostalgically back to the middle ages and longed for the sense of awe and wonder that the Christian world had contained. Through their poetry, prose and music they attempted to re-enchant the world with spirit.

A century later the Existentialists recognized the same tragic state of affairs. They realized that the human consciousness had become increasingly dominated by rationalism and materialism and that humankind was rapidly loosing the ability to have faith in anything that could not be seen. A road to nihilism seemed to lay before us. Unlike the Romantics, the Existentialists did not look longingly back to the traditional Christian world. Humankind, they realized, had in fact outgrown that faith and was maturing into the realization that the universe we lived in and our fate in it was terrifyingly uncertain. Human beings did not need to recreate the spirituality of the middle ages; it had to find a new way to bring meaning, truth and goodness into the vast mysterious universe that we had found ourselves in. We must find a new source of faith, but not one that rests on mythical beliefs about a creator God or a heavenly realm in the clouds. Finding this new source of goodness and faith in the modern world was at the heart of William James’ philosophical work and that is why Barrett can rightly claim that James is an American Existentialist.
Posted by Any Human Heart at 12:45