The poisoned Grail of Brexit is poured upon the ground 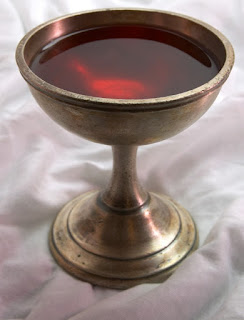 The poisoned Grail of Brexit is poured upon the ground...and pousons us all...The poison of Brexit flows on. It fills everything. It drowns hope it kills laughter. It subsumed everything. Poverty is forgotten. Lack of power is ignored. The government thinks of nothing else. The narcissism of the conservative party becomes it's reason to be. The existential crisis of everything else us a consequence of the narcissistic party. What more fitting could it be as an epoche of Farage, Gove and Johnson. What else matters except the core selfishness.. we learn that 70% of those over 65 would vote for Brexit again and want a hard Brexit. We know that 18% of those under 25 would do the same and 8% for a hard Brexit. The dead still speak cursing us to our fate . The leavers are bitter and feel little triumph..One generation cares not for the other. This is the legacy that began with Thatcher; grew under Blair;Brown and Cameron and brought to it's apogee under the midwifery of Farage. Dog eats dog and a vile beast waiting to be born slouching it's way towards March 2019.


The DUP in it's full paranoia wants no special treatment for Northern Ireland. And the very fact that a special case suggested for the North implied special cases are possible for Wales and Scotland. The unintended consequences grow as the tectonic plates if the UK both clash and pull apart. And all for the Id of the Tory Party and of Nigels prejudice .The drama unfolds and strange possibilities become likely as the unintended consequences multiply and the black swans land in great flocks covering the land. The parliamentary arithmetic is poured over like the ancients examining the entrails of the past...and decay surrounds us all
Posted by Any Human Heart at 13:23